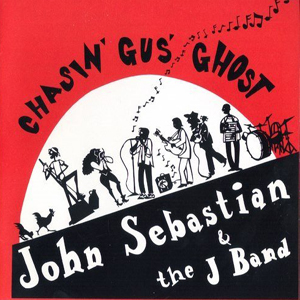 The “Gus” referred to in the title of this labor-of-love recording is Gus Cannon, who, in the 1920s, led Cannon’s Jug Stompers, one of America’s premier jug bands at a time when jug-band fever was heating up dance halls from Alabama to New York. Of course, times have changed since Cannon made a name for himself with songs like “Minglewood Blues” (better known as “New Minglewood Blues” by the Grateful Dead). But while the jug is no longer pop music’s instrument of choice, the J-Band work up a fair amount of good-time heat of their own. Led by John Sebastian of Lovin’ Spoonful fame (and featuring Fritz Richmond on jug and washtub bass and country-blues guitarist Paul Rishell), the J-Band revive classic ’20s jug-band standards (“Stealin'”) and toss in some worthy originals (“Got No Automobile”). As a special treat, Yank Rachell, one of the original jug-band pioneers, performs a few numbers. While this release probably won’t ignite a jug-band revival, it certainly proves that some ghosts are worth keeping around.