Posted by Green on September 15, 2019
in country
as John Schneider 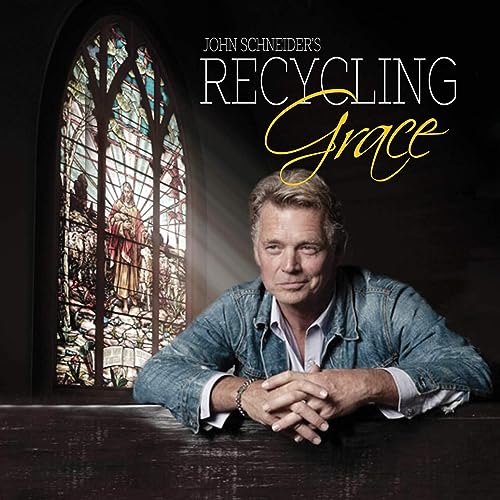 After releasing an astonishing 72 songs in 2018, John Schneider returns with some of the most personal recordings of his career with the new inspirational album, Recycling Grace. Schneider enlisted stunning guest vocals from Christian Davis, Cody McCarver, Jacob Lyda and J Edwards. The 11-track studio album will be available at all digital retailers on September 15th.

The last five years have been nothing less than challenging for Schneider. Historic floods destroyed his home and movie studio complex in Holden, Louisiana not once but twice, and a five-year long divorce battle made frequent tabloid headlines before a settlement earlier this summer. So it should surprise no one that Schneider decided to record a deep and personal collection of songs for his latest project.

“Recycling Grace is jam packed with a few standards, but also new songs whose intention is to make you think and feel something,” says Schneider. “The music itself is intentionally more raw, bluesy and edgy. I believe these inspirational songs especially should elicit some sort of physical reaction from the listener. These will do that for sure!”