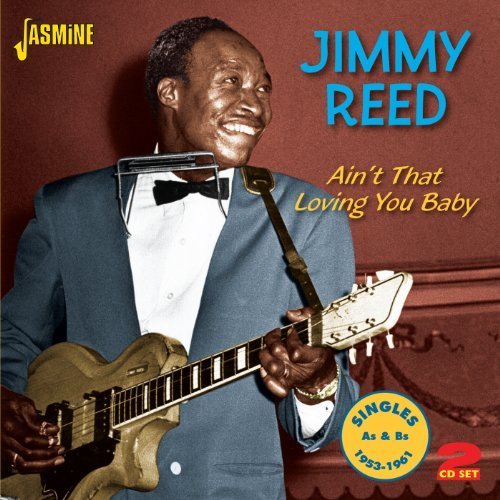 With his midtempo three-chord blues shuffle rhythms, crude-rack harmonica runs, and lazy, slurred vocals that barely navigated his limited four- or five-note melodies, Jimmy Reed seems to possess all the qualities of an amateur player destined to serve out his career in his own basement playing to no one in particular. That all of these musical limitations turned out ultimately to be assets is a lesson for all of us, because Reed’s unerring simplicity produced blues and rock classics like “Ain’t That Lovin’ You Baby” and “Baby What You Want Me to Do,” and countless other songs, all built from the same crude template, and they’ve stood the test of time. This two-disc set collects both sides of the singles he released for Vee-Jay Records between 1953 and 1961, including the above songs and other genre standards like “I Ain’t Got You,” “Bright Lights Big City,” and “Big Boss Man.” This might be a bit too much Reed for the casual listener, since what he did seldom varied very much, but it’s a nice archival release for the die-hard Jimmy Reed fan. ~Steve Leggett