Posted by on February 20, 2017
in garage, psychedelic
as Jim And The French Vanilla 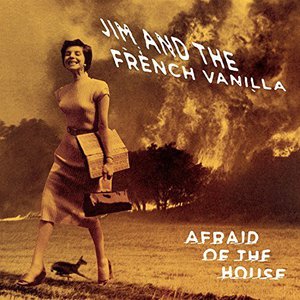 The first 2 albums were acoustic, one-man-band affairs, but on Afraid Of The House, Jim (along with his brother/bandmate in Blind Shake Mike Blaha) expands to a full band sound, to astonishing effect. The basic songwriting retains the incredibly distinctive mystical, other-worldly atmosphere of The Blind Shake, but the instrumentation and sound are both stripped down to their essence, dialing way back on the heavy-psych stamp of the Blind Shake at their heaviest.