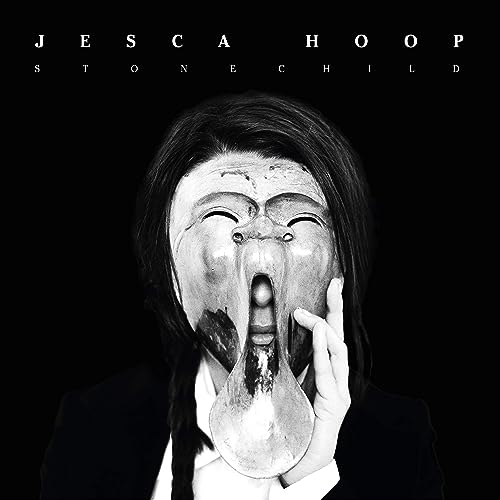 Jesca Hoop’s fifth album is named after an exhibit in a Philadelphia medical museum: a calcified foetus that a woman carried inside her for decades. It’s a hauntingly evocative image, and one that contains a multitude of contradictions: the most vulnerable of humans transformed into rock-solid matter; an existence both profoundly lonely and subsumed inside another; a life that never truly began but continues to exist today. This is very Hoop. Liminal spaces, the places between clearcut emotional boundaries, is where the 44-year-old prefers to be. Stonechild sees the California-born Chorlton resident pare back the unshowy sonic irregularity that has seen her acquire musician’s-musician status (notable admirers include Tom Waits, Guy Garvey and Stewart Copeland) but hold tight to her strange narratives that swell with a hard-to-pin-down sadness.

If Hoop’s previous album, 2017’s Memories Are Now, was a quietly subversive take on classic finger-picked singer-songwriter fare, then Stonechild cleaves to an altogether more conventional style, drawing on the brooding, ancient-sounding melodiousness of traditional English folk music. The album’s highlight is a track called Shoulder Charge. A plain, pensive ballad that flowers into Elbow-like indie-rock exultation, it centres around an unnamed tragedy – one that devastates but is commonplace enough to require its owner to carry on regardless, meeting friends for coffee “armoured in mascara”. The song’s combination of pedestrian simplicity and stark absence means it strikes the perfect balance between warm relatability and compelling mystery.

But that’s not something you could say about all of Stonechild’s tracks. While her subject matter tends to be just about discernible – other topics include technology, patriarchy, slavery and the concept of time – the complexity and impenetrability of Hoop’s words can make them difficult to engage with. In Stonechild, Hoop has streamlined her sound. It’s hard not to feel her sentiments could benefit from some similar pruning.