Posted by Green on July 22, 2019
in progressive rock
as Jerry Goodman 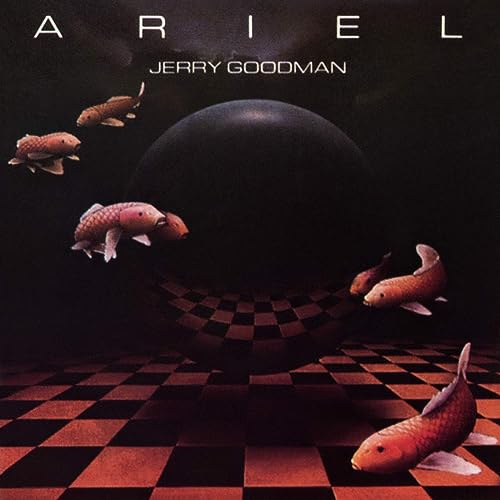 On the Future of Aviation, Jerry Goodman’s first album after a ten-year hiatus, didn’t sound much like the jazz-rock fusion he had played in the Flock and the Mahavishnu Orchestra earlier in his career. Instead, it was an album of new age electrified instrumental music that did not emphasize his violin playing particularly. For his second album of the 1980s, Goodman may have been prevailed upon or may have decided himself to give his fans something more familiar. Ariel leaves little doubt that its primary performer is a violinist. The background music, while often demonstrative, is still background music, supporting Goodman’s soaring runs. And on “Topanga Waltz,” there is a definite rock feel that recalls Mahavishnu, while “Rockers” has sections that would make you think some arena-rock band was playing. Goodman is still experimenting and mixing styles. “Broque,” for example, has not only Celtic but also gypsy elements to go with its rock passages. But the album as a whole steps back from an emphasis on composition to allow for a display of sheer performing chops. As such, it gives old fans something to hold on to as well as continuing Goodman’s new career as a new age artist.