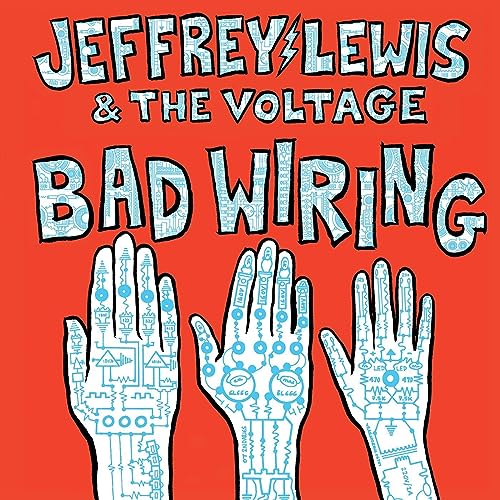 Bad Wiring was recorded and produced in Nashville by Roger Moutenot, the man responsible for producing all of the classic Yo La Tengo albums. Moutenot, who also worked on Lou Reed’s “Magic and Loss” album, and Sleater Kinney’s “Hot Rock” album was definitely the right man to capture these twelve new Lewis songs in the studio. As Lewis explains, “As an experience of working with a producer, it was a dream come true. I obviously worship a number of the records Roger had produced in the past, so I specifically sought him out. The fact that he’s in Nashville was just accidental, we would have traveled to record with him anywhere. Now when people hear we made our album in Nashville, everybody’s like, oh, I guess this is your country album…”

With the endlessly creative musical variety on display from Jeffrey Lewis & The Voltage, and Lewis’s writing as sharp as ever, “Bad Wiring” could be the greatest album of Jeffrey’s 18-year career.