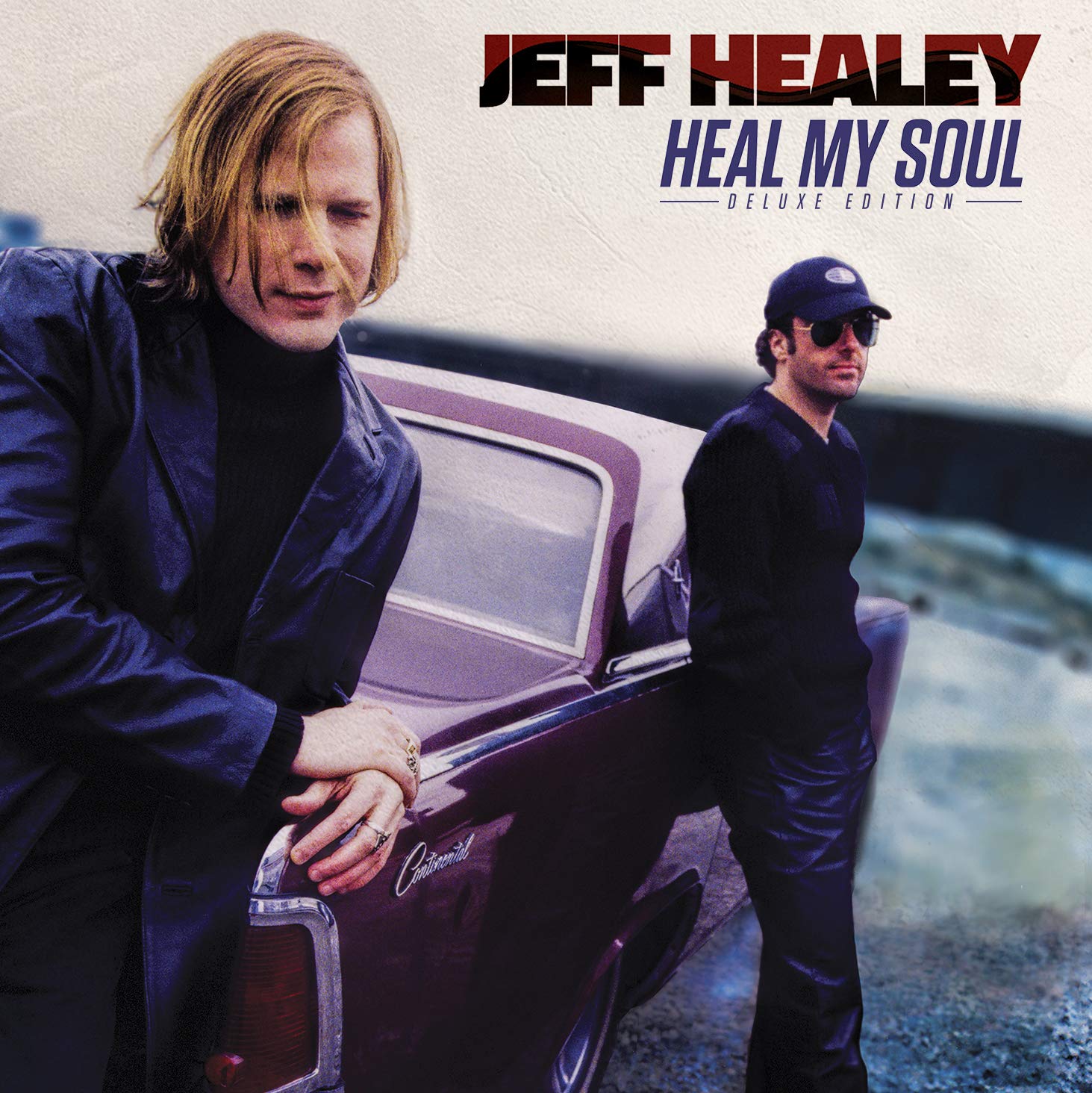 Eagle Rock Entertainment will celebrate the genius of guitarist/blues-rock vocalist Jeff Healey, with the release of a 2-disc deluxe edition of Heal My Soul. For the first time, this critically acclaimed masterpiece will be packaged with its companion albumHolding On. This will also be released on digital formats. Originally released on what would have been Healey’s 50th birthday in 2016, Heal My Soulwas a “lost” album of 12 unheard songs recorded over a three-year period (from 1996-98). Written during a tumultuous period in The Jeff Healey Band’s history, these songs were shelved until his estate unearthed and restored these songs after his passing in 2008.Holding On was always intended to be released as a companion to Heal My Soul – a dream that finally comes to light with this deluxe edition release. The album is a blend of five additional studio tracks and a live performance from Rockefeller Music Hall in Oslo, Norway. Accentuating the songs on Heal My Soul, Holding On serves as the perfect complement, painting the full picture of his musical direction at this time in his career. Live in Oslo, with Healey Band veteran guitarist Pat Rush in tow, The Jeff Healey Bandtore through a set of great covers and classics. Despite having to deal with some radio interference from his wireless rig between songs, Jeff was on fire that night. Then there’s the breathtaking version of Mark Knopfler’s “I Think I Love You Too Much” (which Jefforiginally recorded with Knopfler for 1990’s Hell To Pay). The set is closed off by a great, playful 8 1/2 minute take on Jeff’s signature tune, “See The Light,” Jeff and Pat weaving sonic shapes that leave the audience breathless. A Grammy nominee and JUNO Award winner, Jeff Healey amassed millions of sales worldwide with the five albums released by his Jeff Healey Band. Blind since childhood due to a rare form of eye cancer, he developed a revolutionary style of guitar playing, laying it flat like a lap-steel and fretting with all five fingers. Described by Steve Lukather as “a musician’s musician,” his instrumental dexterity allowed him to deftly maneuver between rock, blues, and jazz. His contributions to music led Healey to be inducted into the Terry Fox Hall Of Fame in 2019 (an organization recognizing Canadians who made significant contributions to enrich the lives of those with physical disabilities). A powerful collection of material from one of Healey’s most creative periods, this deluxe edition of Heal My Soul is a majestic display of his unmatched virtuosity.