Posted by Green on September 25, 2020
in psychedelic, rock
as Jason Crest 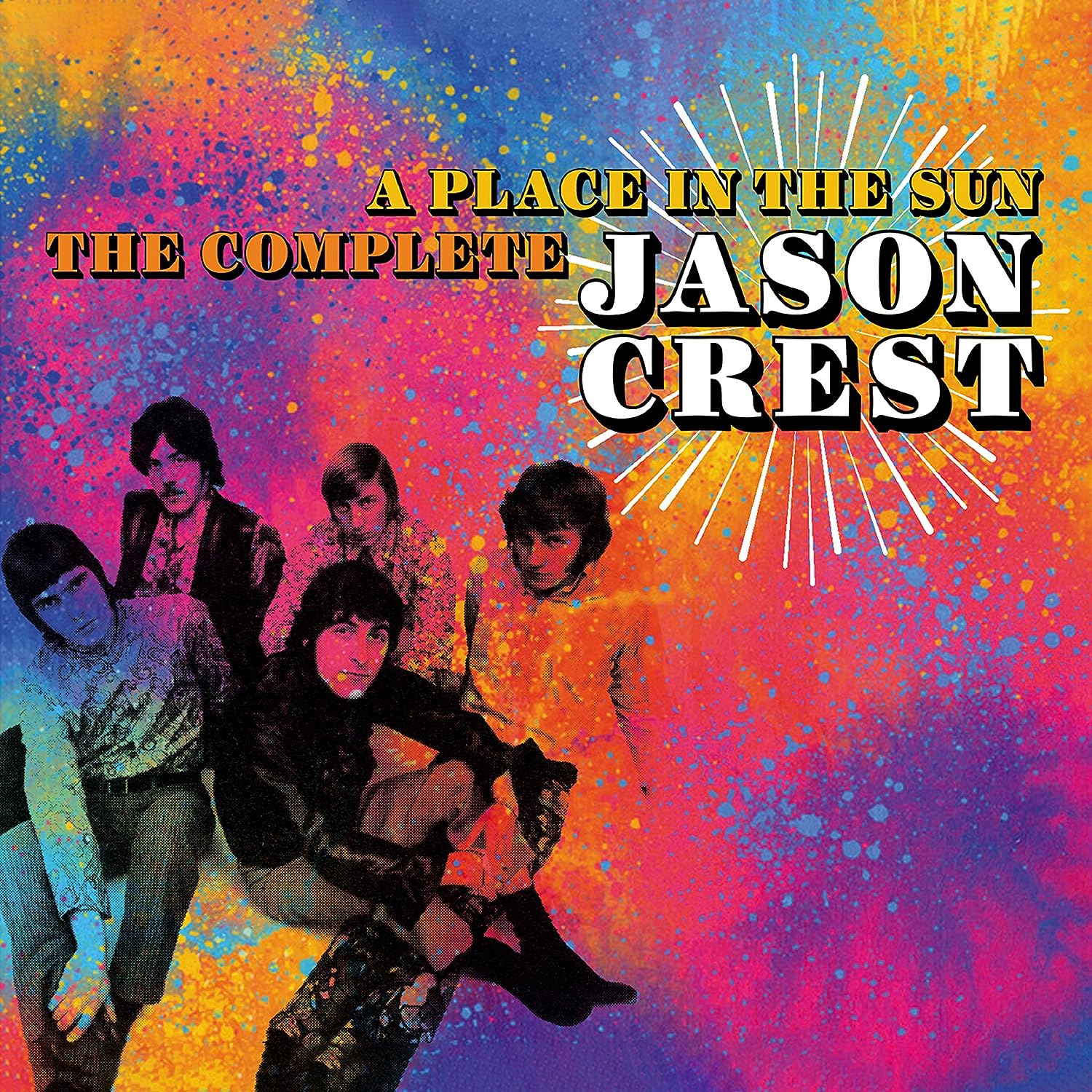 In the late Sixties, the major UK labels – keen to stay abreast of the times without quite understanding what was going on – signed a number of bands that combined the adventurism and surrealism of psychedelia with a concise, radio-friendly pop sensibility. One or two went on to fame and fortune, but the majority failed to find the hit single that would have given them the chance to build and sustain a career. Kent outfit Jason Crest are one of the most admired of those bands, issuing a handful of singles while also recording a batch of tracks – ‘King Of The Castle’, ‘Charge Of The Light Brigade’, ‘My House Is Burning’ and others – that were arguably even more commercial and accomplished but which, for some unfathomable reason, were rejected by the men in suits. A Place In The Sun assembles all their recorded work in one place for the first time, with the group’s five singles joined by that clutch of superior studio outtakes and, gaining their first-ever CD release, two radio sessions that were independently recorded in the late Sixties prior to the group evolving into Island signings High Broom. Featuring cult classics ‘Black Mass’, ‘Turquoise Tandem Cycle’ and, of course, the Moody Blues-style title track, “A Place In The Sun” is a newly remastered digipak release. It includes a 24 page booklet containing the band’s full story, including quotes from lead singer and chief songwriter Terry Clark and drummer Roger Siggery, as well as a profusion of rare memorabilia and photos. It’s the final word on a band that, given average luck and a following wind as well as an even semi-competent record company, would have been huge.