Posted by Green on October 26, 2020
in americana
as Jason Bible and the Rights 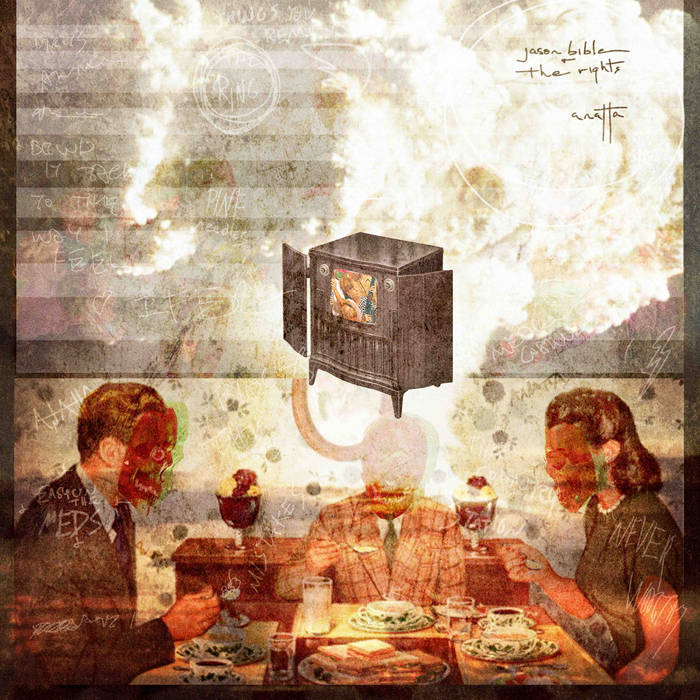 Everyone knows Jason Bible for his work in The Train Wrecks, but it’s possible that not everyone is as familiar with his solo output.

His first album, released under the moniker Jason Bible & the Rights, was a stunning collection of songs that accompanied a novel about addiction. That album and book, Anicca, was a creative feat for Bible—putting addiction in the forefront in a way that was visceral and left a lasting mark on the listener and reader.

Anatta follows that same path, acting as the second in a series of books accompanied by albums. This one was recorded remotely during isolation over the past several months, in contrast to the live-in-the-room feel of the previous release. Anatta is also much more of a straight-up rock album than its predecessor, which explores more folk and acoustic influences.