Posted by Green on October 9, 2019
in british folk
as Jack Rutter 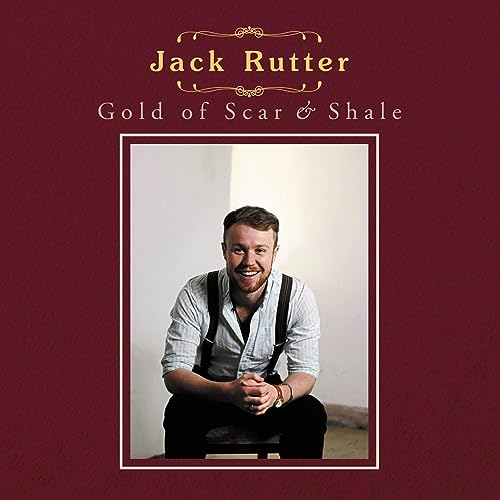 Compared to Jack Rutter’s fine debut album, Hills (reviewed here), this second helping feels like an epic. Although similarly recorded ‘as live’ the addition of Sam Sweeney on fiddle, Alice Robinson on Northumbrian pipes and Sam Fisher on flugelhorn elevates the sound to new heights compared to the intimate first offering which featured just Jack on vocals and guitar.

The album bursts open with I Was Once a Young Ploughboy, which sets the course for the ten tracks to follow. It is a traditional song that conjures images of rural England, much like the rest of the album. A theme found in many folk songs, it tells of a young man going off to war, leaving his sweetheart behind at home. Despite the uplifting ensemble of guitar, flugelhorn, fiddle, pipes and Jack’s soaring vocals, you can’t help wondering if the young soldier should be so confident coming back safely from battle.

The album is a collection of traditional songs, but scholarly Jack largely eschews familiar songs and arrangements. Instead, he has hunted out hitherto unrecorded versions from dusty libraries or sourced them from traditional singers. So while melodies and lyrics have a familiarity for listeners steeped in British folk songs, this always feels like a voyage of discovery.

Next up, The Hills of Longdendale takes us on a stroll across the titular valley in the Peak District. Hailing from West Yorkshire himself, more than half of the songs in this collection hail or have associations with Jack’s home county. Hills is a showcase for voice and guitar, but it is the assurance of Jack’s singing that marks this album as a step forward for the performer. Already lauded and much-in-demand for his stunning fingerpicking, this is an opportunity for Jack to mark himself out among Britain’s finest traditional singers.

Later track Down By The Derwent Side is a shining example, with Jack’s beautiful acapella reading enough to tell this sweet, simple love story, whilst charming listeners at the same time.

As with most folk songs, even the sunniest story can contain a hint of melancholy but the song John White can only be described as bleak. It recounts the story of a young soldier graphically whipped to death as punishment for striking an officer. Unashamedly wringing the heartstrings, it tells of weeping mothers, distracted fathers and poor John’s body cut and mangled. But as much of the lament lays in Jack’s intricate guitar as in his heartfelt vocals. It’s painful listening, but a necessary reminder that the life of a soldier is often brutal and short. And that the enemy causes not all casualties.

Still, this is an album of light and shade. When Jones’s Ale Was New, for example, is a drinking song that dates back to at least the 16th century. It provides a rather jolly counterpoint to some of the more challenging songs on the album. And also more readily matches the jolly Jack that greets listeners on the album cover.

With this second remarkable album – recorded, remember, without overdubs – Jack Rutter has confirmed himself to be one of the foremost performers of traditional material in the British folk scene. With his voice, alongside his guitar, proving to be an equally enthralling instrument.