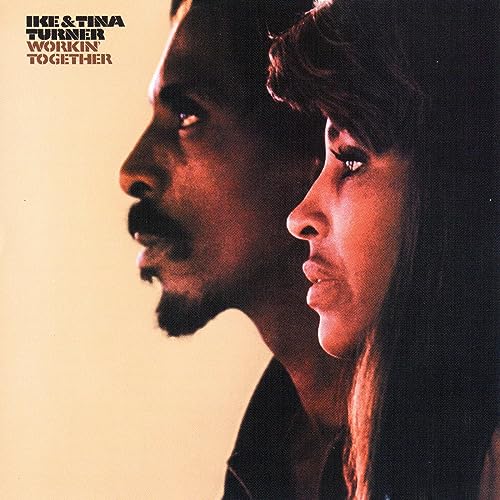 Released early in 1970, a few months after Come Together, their first album for Liberty Records, Workin’ Together was the first genuine hit album Ike & Tina had in years; actually, it was their biggest ever, working its way into Billboard’s Top 25 and spending 38 weeks on the charts. They never had a bigger hit (the closest was their Blue Thumb release, Outta Season, which peaked at 91), and, in many ways, they didn’t make a better album. After all, their classic ’60s sides were just that — sides of a single, not an album. Even though it doesn’t boast the sustained vision of such contemporaries as, say, Marvin Gaye and Al Green, Workin’ Together feels like a proper album, where many of the buried album tracks are as strong as the singles. Like its predecessor, it relies a bit too much on contemporary covers, which isn’t bad when it’s the perennial “Proud Mary,” since it deftly reinterprets the original, but readings of the Beatles’ “Get Back” and “Let It Be,” while not bad, are a little bit too pedestrian. Fortunately, they’re entirely listenable and they’re the only slow moments, outweighed by songs that crackle with style and passion. Nowhere is this truer than on the opening title track, a mid-tempo groover (written by Eki Renrut, Ike’s brilliant inverted alias) powered by a soulful chorus and a guitar line that plays like a mutated version of Dylan’s “I Want You” riff. Then, there’s the terrific Stax/Volt stomper “(Long As I Can) Get You When I Want You,” possibly the highlight on the record. Though they cut a couple of classics over the next few years, most notably “Nutbush City Limits,” the duo never topped this, possibly the best proper album they ever cut.