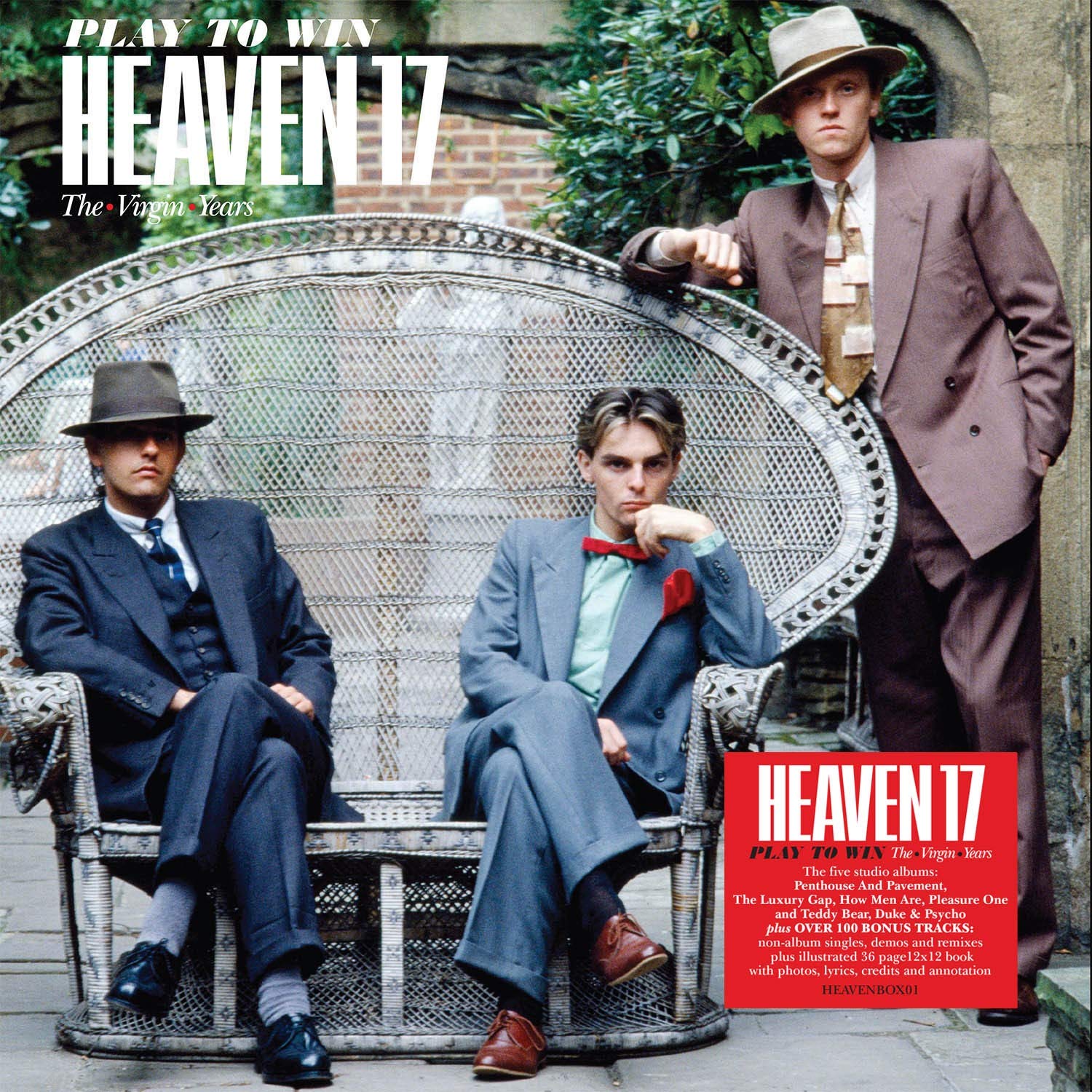 Limited 10 CD set. Original members of Sheffield’s Human League, Martyn Ware and Ian Craig Marsh left after the first two albums and formed Heaven 17 in 1980. Named after a fictional band in Anthony Burgess’ A Clockwork Orange, they recruited Glenn Gregory on vocals (who had been the original choice for lead singer of the Human League). Signed to Virgin Records, debut single “(We Don’t Need This) Fascist Groove Thang” attracted a lot of attention in March 1981, and a BBC Radio 1 ban. Debut album Penthouse And Pavement was released in September 1981 and was certified Gold the following year. Many more chart singles followed, including Top 5 hits “Temptation” and “Come Live With Me”, taken from a further four albums – The Luxury Gap (1983), How Men Are (1984), Pleasure One (1986), and Teddy Bear, Duke & Psycho (1988). This set includes the five original albums that the band recorded for Virgin Records, along with over a hundred bonus tracks: non-album A- and B-sides, 7″ edits, US edits, instrumentals, 1980 demos, and four CDs of 12″ remixes (many of which only saw very limited release). Housed in a 12″ x 12″ album-style book, the set will also include a 36 page 12″ x 12″ booklet with the lyrics, credits, photos, and ephemera from the band’s collection, and brand-new annotation, based on new interviews with the band.