Posted by Green on November 23, 2020
in country, Discography, folk, singer-songwriter
as Hayes Carll 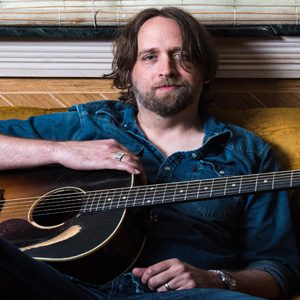 Texas singer and songwriter Hayes Carll received his first guitar at the age of 15 and almost immediately began writing songs influenced by the likes of Bob Dylan, John Prine, Kris Kristofferson, Dead Poets Society, and the Beat novels and writings of Jack Kerouac, all of which continued to reverberate in his mature songwriting style. After graduating with a history degree from Hendrix College in Conway, Arkansas in 1998, Carll returned to Texas, settling in Crystal Beach, where he played his own material in the local bars. After a stay in Austin, he returned home and continued to play gigs in the Galveston and Houston area, picking up a loyal following. He signed to Compadre Records and in 2002 released a debut album, Flowers and Liquor, which garnered him favorable comparisons to Townes Van Zandt. Turning down a deal from Sugar Hill Records, Carll released his second album, Little Rock, on his own Highway 87 Records; produced by R.S. Field, it reached the top spot on the Americana charts in 2005. Carll signed with Lost Highway Records a year later in 2006. which released Trouble in Mind in 2008, featuring the clever and increasingly iconic “She Left Me for Jesus,” a song Carll had co-written with Brian Keane.