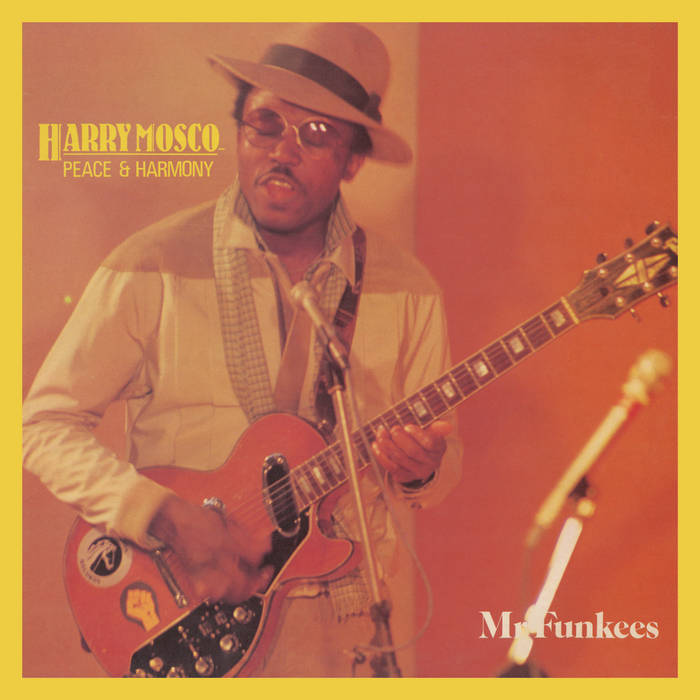 Isle Of Jura digs deep going back 40 years for an official reissue of Harry Mosco’s ‘Peace & Harmony’ LP. Originally released in 1979 the album is something of a hidden gem that touches upon Disco, Funk, Boogie, Soul and Dub. Harry passed away in 2012 and we’ve worked closely with his son on the reissue.

Harry Mosco is best known as the founder of legendary 1970s Nigerian Afro-Funk band The Funkees. Originating as an Army band after the Nigerian Civil War they lead the wave of upbeat music produced by young artists in Nigeria in response to the darkness of the recently concluded civil conflict. Following a notable hit single ‘Akula Owu Onyeara’ the band split in 1977 and Harry pursued a solo career.

‘Peace & Harmony’ was Harry’s third LP continuing the rich vein of form found in previous albums ‘Country Boy’ and ‘Funkees’ (For You Specially). He was a visionary who wrote, arranged and produced each song on the LP assisted by Mark Lusari on engineering duties (P.I.L, Jah Wobble & Prince I), whose Reggae and Dub influence can be felt on title track ‘Peace & Harmony’ and ‘Peaceful Dub’. The LP contains two certified floorfillers of Studio 54 era Disco Funk in the shape of ‘Sexy Dancer’ & ‘Step On’ and two slow jams, the soulful ballad ‘She’s Gone’ and horn lead album closer ‘Do It Together’. Mr Funkees was printed on the cover to help record buyers make the connection between Mosco and his former band.