Posted by Green on March 3, 2018
in folk
as Haley Heynderickx 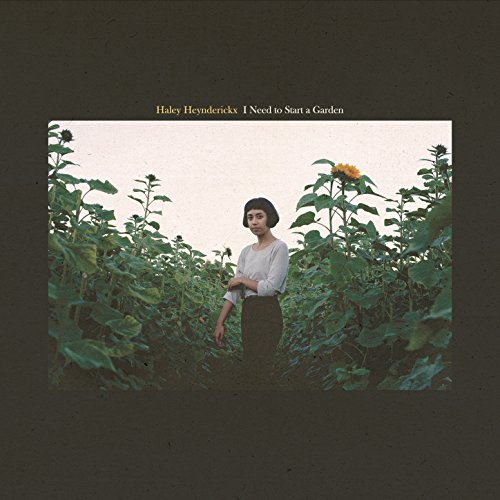 I Need To Start A Garden amplifies Heynderickx’s best qualities. Collectively, the songs appear rooted in the natural world. There are birdhouses, fig trees and honeycomb; coastlines, sunsets, a hornet’s nest. In one song, “the sky is all indigo”, while another finds the narrator competing with insects in the bath. Full of symbols and codes, they evoke the lyrical nature writing of Nick Drake or Vashti Bunyan, but delivered like a less refined Sharon Van Etten. Heynderickx is accompanied by fellow Portland musicians Phillip Rogers on drums, Tim Sweeney on upright bass, Lily Breshears on keys and Denzel Mendoza on trombone, but these elements are essentially discrete shading for Heynderickx’s voice and atmospheric electric guitar playing, reminsicent of Jeff Buckley.

Heynderickx draws inspiration from disparate sources including Miyazaki films (“No Face”) and archetypal Western standards of feminine beauty (“Untitled God Song”). They are often autobiographical, but not overtly so – “Drinking Song” is based on Heynderickx’s experiences as a student in Prague, while “Jo” mourns the death of a close friend. “Worth It” is a note to self – a pep song Heynderickx wrote after a period of self-doubt. “Maybe I’ve maybe I’ve been worthless, or maybe I’ve maybe I’ve been worth it,” she howls while the guitars and drums surge in raging sympathy.