Posted by Green on October 14, 2019
in folk, world
as Hadja Fanta Diabaté 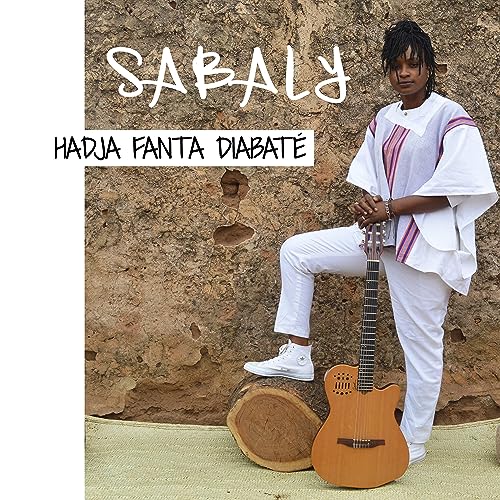 A native of Mali, Hadja Fanta Diabaté comes from the large Diabate family of the Mandé griots.

HAdja Fanta Diabaté started music as autodidact. Gradually, she joined the world of culture and made friends with Pope Sene and Kora Dembélé then National Director of Cultural Action in Mali. Self-taught, her obsession with handling the guitar ended up paying. From then on, she cuts her way, begins composing her pieces and is quickly noticed thanks to the timbre of her voice which is out of the ordinary. She begins musical entertainment in various key locations in Bamako.

Her songs speak about the life and realities of today’s world. Nowadays, her repertoire is beyond imagination as she has a multitude of original works under her arm. June 18, 2016 Hadja Fanta Diabaté launches Toubani and Kanou, at her singles, at a press conference where journalists and public were conquered by her talent. A week after the official release of her singles, she was selected by a German organization during an audition whose purpose is to give a live show at the French Institute. Her project is to reveal to the world the cultural richness of Mali in its diversity but also to make her own emancipated music.