Posted by Green on December 9, 2019
in country
as Ginger Boatwright 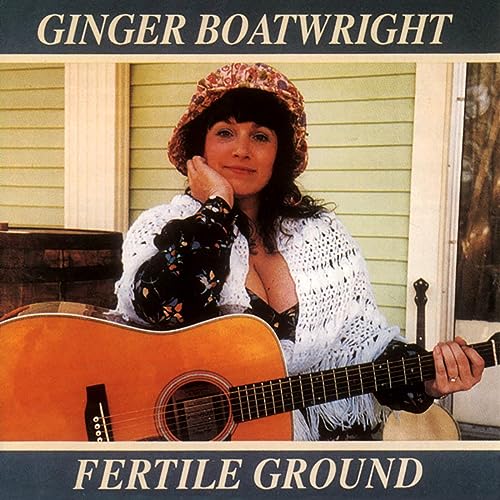 With the right marketing, Ginger Boatwright could be huge in the country market. She certainly has the talent to become as successful as Loretta Lynn, Barbara Mandrell, or Tammy Wynette, but instead of having the support of a big Nashville promotional team, Boatwright has concentrated on the traditional bluegrass market. With its mandolin, banjo, fiddles, and heavy bluegrass elements, Fertile Ground is characterized by its earthiness and a definite lack of slickness. But make no mistake: “Nashville in the Rain,” “Where Does All the Love Go (When It’s Gone),” “City Ties,” and other Boatwright originals are country-pop gems. Had any of these songs been recorded by Tanya Tucker or Emmylou Harris and enjoyed the support of a major label, they could have easily been huge country hits. Although Fertile Ground received most of its support from bluegrass audiences, Boatwright is someone country fans shouldn’t ignore. And this fine CD wouldn’t be a bad starting point.