Posted by Green on December 2, 2019
in folk, world
as Gatehouse 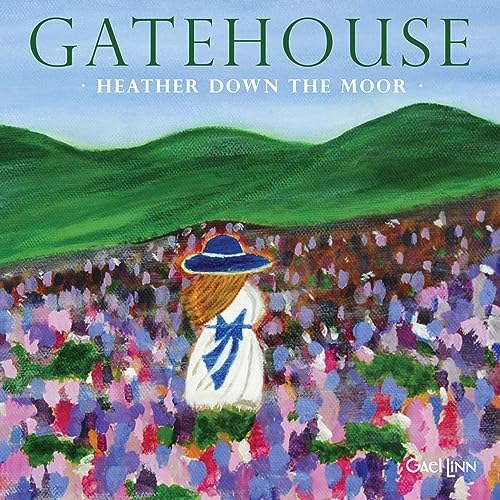 The new album HEATHER DOWN THE MOOR (Gael Linn) from Gatehouse is receiving rave reviews and the group features on the playlists of stations across these islands. Individually, these musicians are superb but when they combine as Gatehouse, they are outstanding! Their music ranges from the light cadence of dance music to barnstormers which remind one of The Bothy Band. A central feature of the album is the beautiful singing of Rachel Garvey whose wide repertoire of songs in Irish and in English are given sympathetic and understated accompaniment by the group. The new tune compositions from the group’s fiddler John McEvoy fit seamlessly into the musical style of North Connacht. Gatehouse have gone from strength to strength since the release of their critically-acclaimed album, Tús Nua, in 2016, which was also on the Gael Linn label. The band’s members John and Jacinta McEvoy, Rachel Garvey and John Wynne are steeped in traditional music and it’s no surprise that they are sought after to teach and mentor younger musicians at various Summer schools all over the country. The singer of the band is Rachel Garvey is an All-Ireland winner in both Irish and English song.