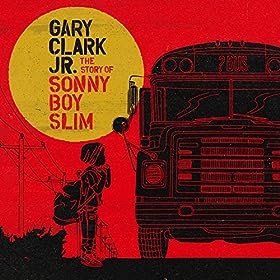 The albums title stems from the nickname “Sonny Boy” which is what his mother would call him when he was younger, and his musical peers have referred to him as “Slim.” Clark also shared that, “The underlying tone of this album is faith and hope, ’cause that’s what we need.”The thirteen track album features Gary mixing various elements of blues, rock, soul, funk, and hip hop into the music to deliver his message.