Posted by Green on September 3, 2019
in country fusion
as Garrett T. Capps 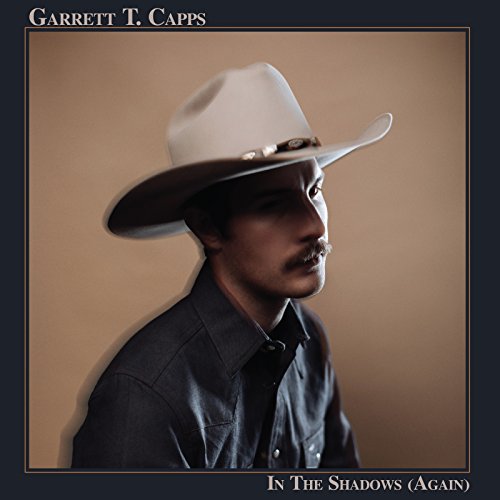 Undoubtedly a native son of San Antonio, Capps wears those mighty influences on his sleeve. There’s a rich and diverse aesthetic to Capps musical foundation. On “In The Shadows (Again),” hints of Doug Sahm (and Sahm led acts such as Texas Tornados and Sir Douglas Quintet) shine through. In particular, there’s a Tex-Mex groove bubbling underneath the surface that leads you out onto the dancefloor. Throughout, a warm lap steel warbles with a glowing buzz. Much like the opening single “Baby Please,” “In The Shadows (Again)” is a mover. Capps croons in a darkened baritone on the infectious two-stepper.

Originally found on Capps experimental demo INC., “In The Shadows (Again)” was a lo-fi synth-pop song. “That’s a song that’s been rehashed several times,” Capps tells Wide Open Country. “A lot of these songs, when I wrote them, I didn’t know how they were going to be recorded. It ended up becoming a country song.”

Like Sahm, Capps is unafraid to let a bevy of sounds and styles seep into his songwriting. Whether it’s the DIY punk attitude, the cosmic cowboy approach, or a gritty Tex-Mex foundation, there’s a progressive edge to Capps’ space country.

“I like to make something new and different while trying to pay an homage to the old music that I know and love,” says the Texan twanged Capps. “I spent a lot of my youth in the Texas Hill Country and hanging out in San Antonio. It’s a pretty culturally dense area.”

In The Shadows (Again) haunts the hours around closing time–both lyrically and sonically. Capps highlights the dim lights and honky-tonk heartbreaks with crystalline country sketches and narratives while further pushing their sights on the distant horizon and the glow of the nighttime sky. In short, it’s stargazing country.

“I basically put a new band together and one of the components is a sound artist named Justin Boyd,” says Capps. “He creates soundscapes and loves country music. We wanted to merge those together.”

Dubbed NASA Country, Capps and the band create a rich and lush sonic palette that embraces the anthemic tension of post-rock bands like Explosions In The Sky and the psychedelic murmur of Sturgill Simpson‘s Metamodern Sounds in Country Music or The Byrds‘ The Notorious Byrd Brothers. All the while, Capps filters it through an innate and charmed Texan twang.

“Cosmic country, whether that’s Michael Martin Murphey or Sturgill Simpson, I like that stuff,” says Capps. “I just want it to be my own take on it.”