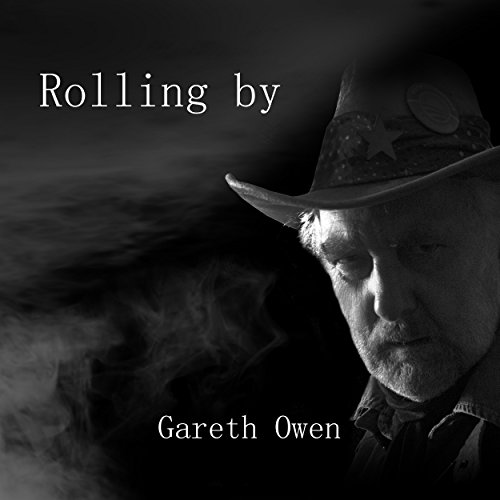 In the realms that the poet walks, what they seek is the proof of existence that only shaking the hands of Time can provide; a poet it seems does not, or at least should not take the idea of money as payment for their wares, but should seek pleasure in the way that what they observe is forever handed down and sang to the ages with a sense of harmony and the discourse of entropy all in one beautifully imagined moment.

It is a moment that very few get to see Rolling By, their own wheels going too fast, the pedals down and creating sparks as the squeal of metal hits the ears in a sense of damning pain and regret; the remorse of not easing back just once and seeing the world from a perfectly still point and listening with the heightened thoughts of perspective, we are after all just a speck on the horizon and often that speck is consumed by its own demanding expression of grief and greed.

The happiness of just Rolling By comes across when you do so much more than you ever thought possible and still find the time to do one more thing to add to the impressive nature of your being. For Gareth Owen, Prize-winning poet, broadcaster and playwright, the time has been one of continuous motion and intrigue, of never allowing the vehicle to get away from him, of having the time to allow the words to flow in the right direction and become a guiding light in which this album of country songs is arguably the brightest of those gems chiselled out of the long memory.

In tracks such as Ashes and Diamonds, Jesse James and the Barber, Telling Lies Like This, Before I Get To Heaven and the album’s opener Lady Whiskey, Gareth Owen practices completely what he has preached, what he has observed throughout his distinguished career, that speeding from point A to the final destination is often just a blur, the scenery only halted by the graveyard. Rolling By is a far more beautiful pursuit, in it you see more, you comment more and you live a far more interesting life and one that creates its own sense of captive music.