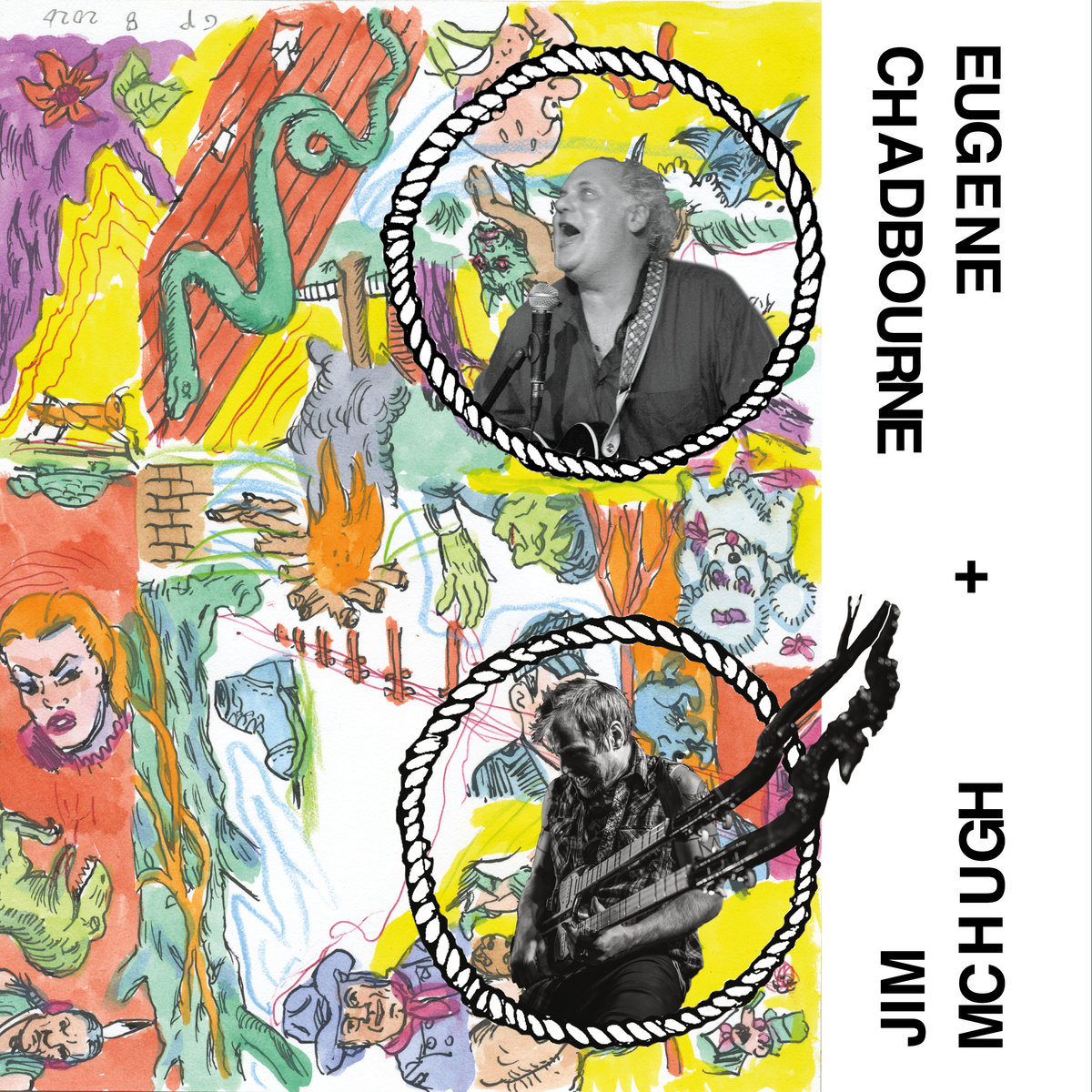 Bad Scene is an LP of guitar improvisations and songs by the multigenerational improvisational protest-duo Eugene Chadbourne and Jim McHugh. Made mostly in Eugene’s living room in Greensboro, NC on Jan 21st and 23rd, 2020 during a family visit between Sunwatchers tours by the NC native McHugh, Bad Scene was recorded live in single takes to Jim’s portable multitrack rig. Augmented by overdubs in some cases to create chamber-quartets or full-band vibes, all songs remain, at their hearts, duets.

Jim McHugh is a musician and producer from Reidsville, NC now based in Brooklyn. He is founder of the jazz-punk band Sunwatchers. Dr. Eugene Chadbourne has been active as an improviser, songwriter, protest singer, collaborator, composer and producer of DIY releases since the early 1970’s, when he left the US as a Conscientious Objector to the Vietnam War. Based in Greensboro, NC since his 1982 relocation from Manhattan, Doc has played, toured, recorded and released records with everyone from Derek Bailey to Frank Lowe to Sun City Girls to Camper Van Beethoven to John Zorn to Brian Jackson to The Violent Femmes to Anthony Braxton to Keiji Haino to Han Bennink to Peter Brotzman to Jimmy Carl Black and Sunwatchers.