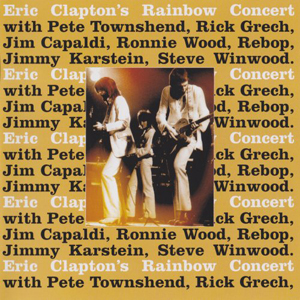 “Eric Clapton’s Rainbow Concert” is an album recorded live at London’s Rainbow Theatre on January 13, 1973, and released within the year. The concert was organised by Pete Townshend and marked Eric Clapton’s comeback after the 1971 “Concert for Bangladesh”. In the year after the Rainbow Concert, Clapton recovered from his heroin addiction and recorded “461 Ocean Boulevard”.

This concert is the first live performance where Clapton used his famous Stratocaster guitar “Blackie”.