Posted by Green on September 2, 2020
in folk
as Emily Barker 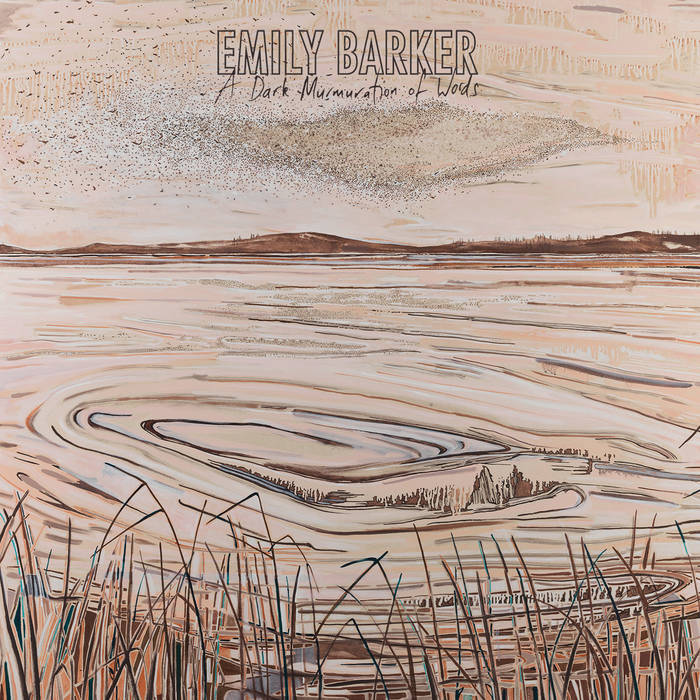 For her sixth full-length album release Emily Barker is taking on the world. Addressing climate change, racism, sexism and the myths of economic progress, Barker has, in her own softly spoken and articulate way, delivered her own damning indictment of the 21st century. Barker’s self-declared aim with ‘A Dark Murmuration Of Words’ was to veer away from the folk, soul and blues territory of previous albums, leaning instead towards a more modern sound inspired by the likes of Laura Marling. Whether Barker has succeeded in this ambition is a moot point.

Anyone hearing this album without previous knowledge of her previous work would certainly hear that folk influence bubble to the surface on tracks such as ‘The Woman Who Planted Trees’ and ‘Return Me’.

Barker has never been one for over embellishing her work. The minimalistic approach has always worked well for her and, when she does employ a fuller, more enhanced sound, it is always done with the utmost care not to undermine her sublime vocal talents.

‘Geography’ is a case in point. A clear reference to her search for the meaning of ‘home’ and the need to draw comfort from our own locale in the midst of global turmoil, Barker has imbued this beautifully sung track with the lightest of touches; a delicate rhythm of acoustic guitar, piano and violin.

When Barker addresses the modern-day ills of the world she does so in the manner of a storyteller rather than a preacher. So, in ‘Strange Weather’ the suffering of the planet is told by way of an apology from a mother to her unborn child. ‘There is much I wish to tell you, can I walk you through the past? To all the beautiful places, we thought would always last.’ And, in ‘Where Have The Sparrows Gone?’ the world imagined is a birdless post-apocalyptic London ‘Blow the dust off your grandma’s gas mask, hide in the place we played, where the woods were once.’

Nothing if not topical, ‘Machine’ imagines a statue to a confederate general coming alive to boast of how easily he overcame the abolition of slavery ‘Since 1865 everyone is free, but I still get my labour complimentarily. Who is working in the prisons now? Look and you will see, that in 1865 I disguised slavery.’

If this may be starting to sound somewhat earnest and preachy to some ears then be assured that Emily Barker has managed to interpret these pertinent and important issues in such a way that the album stands, on its own rights, as a high-class piece of songwriting and beautifully expressed musicianship. If ‘A Dark Murmuration Of Words’ deserves a wide audience for the thoughtfulness of its subject matters then it is as equally worthy as simply another fine addition to an already impressive body of work.