Posted by Green on July 3, 2021
in rock‘n’roll, rockabilly
as Eddie Cochran 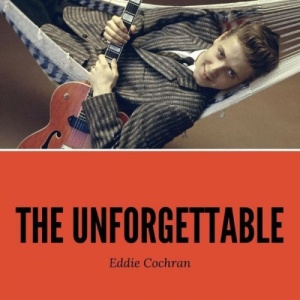 Eddie Cochran was one of the first great stars of rock & roll and an artist whose influence would far outstrip his brief career, which was cut short when he died in an auto accident in 1960. Cochran would often be cited as one of the pioneers of rockabilly, but his style was more muscular and less twangy than those of his peers, adding a bluesy accent to the music that meshed comfortably with his country-influenced melodies. Cochran was also an impressive guitar player and a songwriter young enough to understand the teenage mindset and its fascination with cars, girls, and good times, but he was also talented enough to bring his stories to life and marry them to energetic, catchy melodies. Songs like “Summertime Blues,” “C’mon Everybody,” “Somethin’ Else,” “Nervous Breakdown,” and “Weekend” would live on in covers decades after Cochran passed, and his influence would be felt in artists as diverse as Bobby Fuller and the Sex Pistols. Cochran was also one of the first American rockers to tour the United Kingdom, where he would prove especially influential; when Paul McCartney first met John Lennon, the latter was impressed that the former could not only play Cochran’s “Twenty Flight Rock,” but knew the lyrics by heart.