Posted by Green on September 19, 2020
in pop
as Dusty Springfield 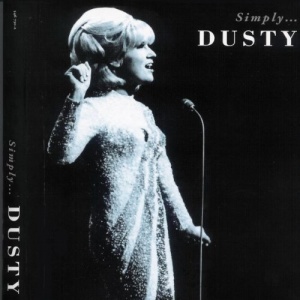 As part of a Universal Earbook series that was launched in 2006, Dusty Springfield’s 2000 box set Simply Dusty was reissued in a new format. It still contained the four CDs and 98 tracks of the original set, but this time it was packaged within a nearly LP-sized hardback coffee table book. If you have the original box, it’s certainly an indulgence, as you’re basically paying quite a bit (about $100) for larger-sized artwork and more durable, handsome packaging; even if you don’t have the original box, it’s a bit of an indulgence, considering how high the price is. Viewed simply for its music and visual appeal, however, it’s quite good (and one of the better of the first batch of titles in the Earbook line), the many photos and illustrations of record sleeves benefiting from having been blown-up to a much larger size. The music is for the most part quite good as well, containing all the familiar hits and many high-quality LP tracks, B-sides, and unissued-at-the-time items that — though they’re mostly available elsewhere (a 1966 BBC cover of the folk standard “Poor Wayfaring Stranger” being a notable exception) — are quite satisfying and not all that easy to track down in other formats. “For the most part” is a crucial qualifier here: the decline in the quality of the material is sharp in the last half of the set, becoming especially precipitous on disc four, though that CD does include her 1987 comeback hit with the Pet Shop Boys, “What Have I Done to Deserve This?” To be harsh, if the set’s intention was to be a survey of Springfield’s most significant work, you could cut most of disc four out with barely any loss at all, its primary purpose being to make the anthology a career-spanning one rather than a selective best-of. Still, for the serious Dusty fan, this makes for a nice display on the mantle piece (in addition to containing much classic music), with detailed track-by-track notes included in the book.