Posted by Green on September 3, 2019
in country, rock‘n’roll
as Duane Eddy 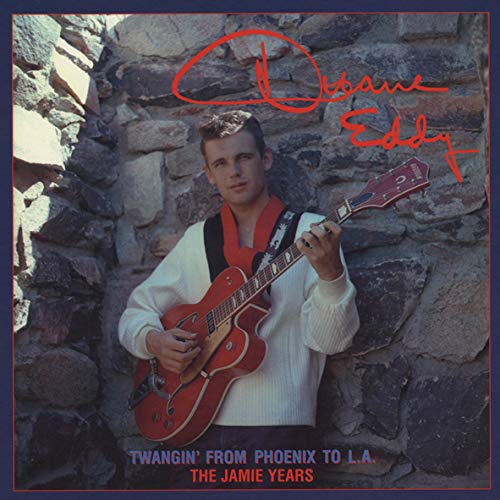 Bear Family’s Twangin’ from Phoenix to L.A. is a 133-track, five-disc box set that contains all of Duane Eddy’s early recordings, from his early singles for Ford through his recordings for Jamie. Since it’s complete, there’s an awful lot of material, and while Eddy had a distinctive, pioneering sound, it wasn’t particularly varied, and it can become a little tiring over the course of this set. Furthermore, outside of the big hits and a handful of other sides, there aren’t that many hidden gems, which means this is a set only for the strong of heart, even among the dedicated.