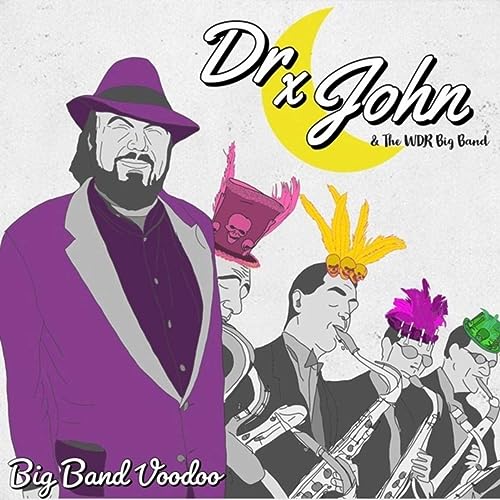 A Lost Treasure from the Legendary Dr. John – ‘Big Band Voodoo’ Captures Mac with the WDR Big Band, Recorded in Germany in 1995

Long-Time Friend and Manager Stanley Chaisson Unearths a Gem, One of the Most Interesting Yet Unreleased Sessions from Dr. John’s Repertoire

Dr. John was a larger than life character on the music scene. From his distinctive sound to his iconic look to his memorable stage performances, Dr. John embodied New Orleans, even as he blurred the lines between R&B, rock, blues, funk, boogie-woogie, and now, big band jazz. On his upcoming album, ‘Big Band Voodoo’, out 11/1 on Orange Music, Mac’s long-time friend and manager Stanley Chaisson has captured a moment in time, and we are all the better for it.

Recorded in 1995 with Germany’s WDR Big Band, the upcoming album features 16 tracks, and Dr. John arguably has never sounded better. His vocals are crisp and clear and joyful, as if he turned back the clock to another time and to a jubilant state of mind.