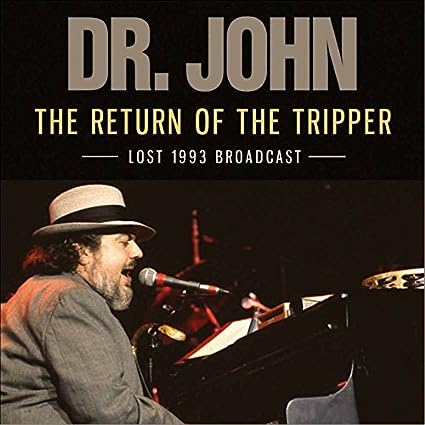 The man born Malcolm John ‘Mac’ Rebennack in 1940, session player extraordinaire in the late 1950s and later purveyor of the eccentric, voodoo gumbo that remains his own unique brand of the New Orleans sound, Dr. John has dazzled audiences worldwide with his talent, stage antics and musical eclecticism for more than 60 years. Following his breakthrough solo album – 1968’s Gris-Gris – The Night Tripper, as he was by now tagged, did little to slow his achievements as his career progressed. 1973’s hit single ‘Right Place, Wrong Time’ came from the critically acclaimed In The Right Place, one of 20 studio albums Mac has released during his extraordinary career. And his appearance at The Band’s Last Waltz in 1976 was, for many, the event’s highlight. Dr. John has been awarded six Grammy awards to date, one such for 1992’s Goin’ Back To New Orleans, which took the gong for Best Traditional Blues Album the following year. Although he undertook few live engagements in ’93, the good Doctor did make an appearance at the esteemed Montreux Jazz Festival, which also saw performances from B.B. King, Etta James, James Brown, Robert Plant, Santana and Al Di Meola. A particular highlight of that year’s celebrations, Dr. John’s set was broadcast over FM radio, and is featured here in its entirety. Fronting a spectacular band, Mac plays a fine selection of tunes from across his career, including ‘I Walk On Gilded Splinters’, ‘Iko Iko’, the aforementioned ‘Right Place, Wrong Time’ and – inevitably – ‘Goin’ Back To New Orleans’. Giving a performance that blew the minds of all in attendance, Dr. John was invited back to play the festival again in 1995, where similar results were witnessed.