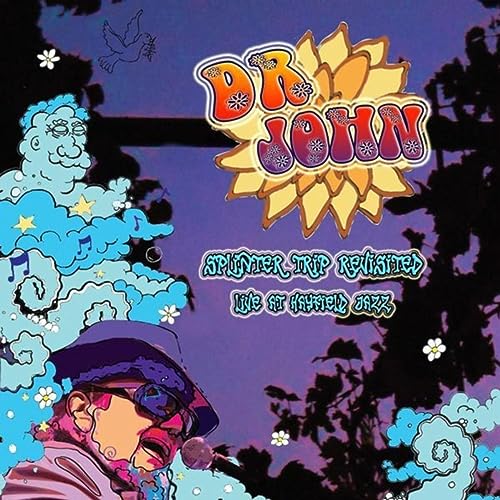 He’s been in a rich seam of form lately, following 2008’s Katrina-themed City That Care Forgot with 2010’s vibrant Tribal and last year’s Dan Auerbach collaboration Locked Down, but the potency of the good doctor’s studio output in the 80s was erratic at best. During that time, however, he managed to keep his stock high on the power of his live performances.

The effervescence and forcefulness of Mac Rebennack on the concert stage has remained a constant, and this 1988 recording from Hayfield Jazz Festival in rural Derbyshire ticks every night-trippin’ N’awlins box you’d want. Fronting a compact trio, Dr John teases and taunts his piano to splendid effect: gloriously dextrous on the Mardi Gras Indian standard Big Chief, in free-form fervour on Ray Charles’ Mess Around, and sleazily seductive on You Ain’t So Much A Cousin.

As tight and contained as the trio is, the voodoo vibes are taken up a notch or two when tenor sax man Plas Johnson, an integral part of Rebennack’s landmark 1968 album Gris-Gris, joins in for the closing three numbers. He’s especially full of vigour on I Walk On Guilded Splinters, spicing up the already simmering jazzy gumbo.