Posted by Green on November 19, 2018
in americana
as Donna The Buffalo 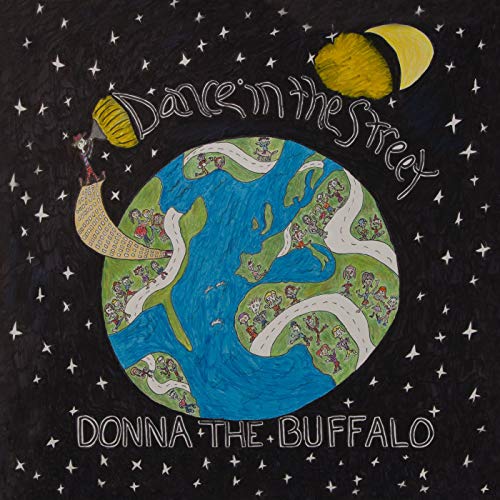 On November 9, Donna The Buffalo will release Dance In The Street, their first album of new material in five years. The Americana jam act headed to Street at Sonic Ranch Studio in El Paso to team up with producer/engineer Rob Fraboni whose list of credits include producing the soundtrack for The Band’s The Last Waltz along with working with the likes of Bob Dylan, Eric Clapton and The Rolling Stones.

Donna The Buffalo co-founders Jeb Puryear and Tara Nevins shared their thoughts on the release. “We feel the album provides an enjoyable ride between the general and the personal, from both male and female perspectives,” stated Puryear. “My songs on this record are about letting go. Whether it be the attachment of love lost, the past, or the particular blue funk you’re coming out of,” Nevins shared.