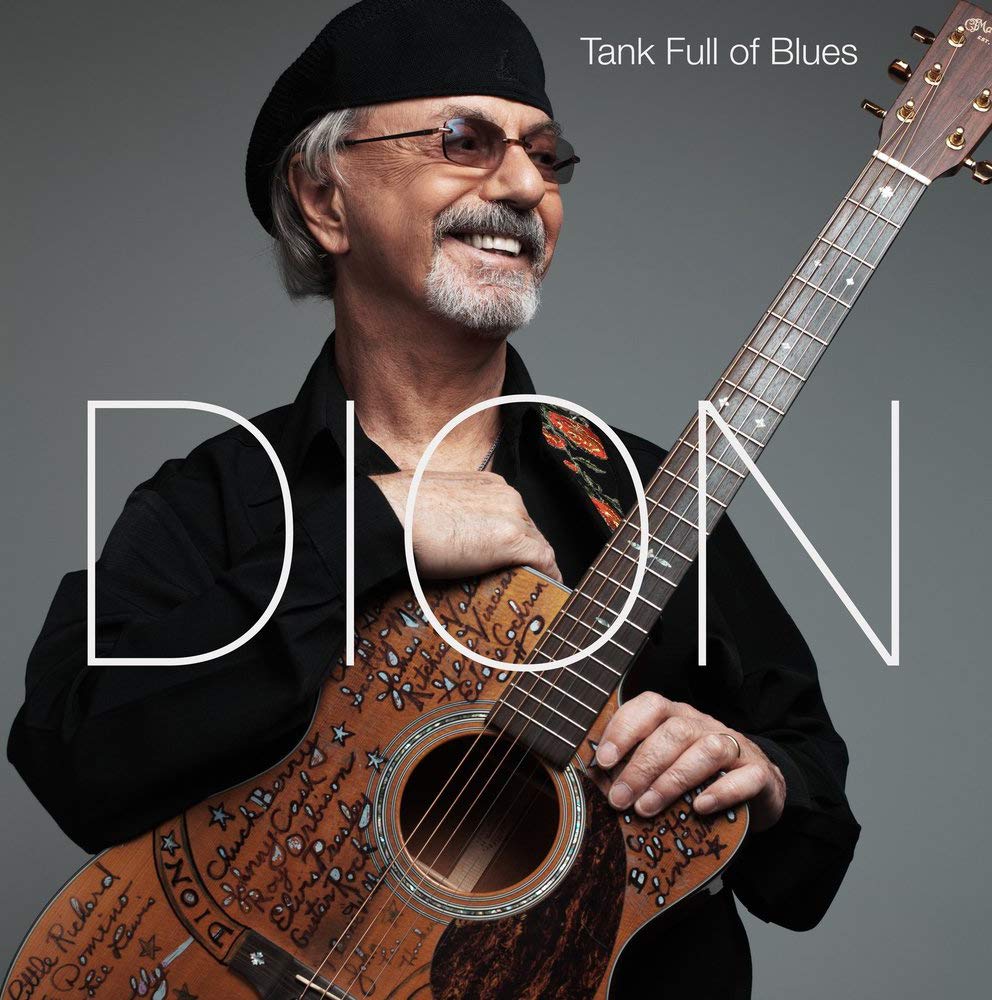 2012 album from the legendary Pop/Rock singer, songwriter and musical chameleon. A street poet and singer of extraordinary versatility, range and resonance, Dion defined Rock ‘n’ Roll for a generation. He is an artist who was inducted into the Rock and Roll Hall of Fame in 1989. Now Dion has returned to his deepest roots and influences to release his first Blues album with mostly original songs. His critically acclaimed 2007 Blues album Bronx In Blue was nominated for a Grammy. It is this latest album, however, that Dion considers the crown of his career. Tank Full Of Blues showcases his inexhaustible creativity and sheer exuberance, qualities that have made his music and his legend endure. Dion’s never stopped making music, because people have never stopped listening. The man rocks, and he rocks on… with a tank full of blues in his heart.