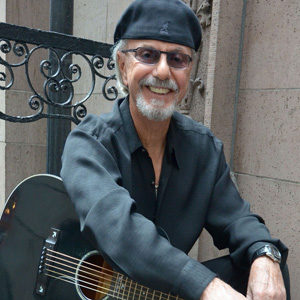 Dion Francis DiMucci(born July 18, 1939),better known mononymously as Dion, is an American singer and songwriter whose work has incorporated elements of doo-wop, rock and R&B styles—and, most recently, straight blues. Initially as lead singer of Dion and the Belmonts and then in his solo career, he was one of the most popular American rock and roll performers of the pre-British Invasion era. He had 39 Top 40 hits in the late 1950s and early 1960s as a solo performer, with the Belmonts or with the Del Satins. He is best remembered for the singles “Runaround Sue”, “The Wanderer”, “Ruby Baby” and “Lovers Who Wander”, among his other hits.

Dion was inducted into the Rock & Roll Hall of Fame in 1989.