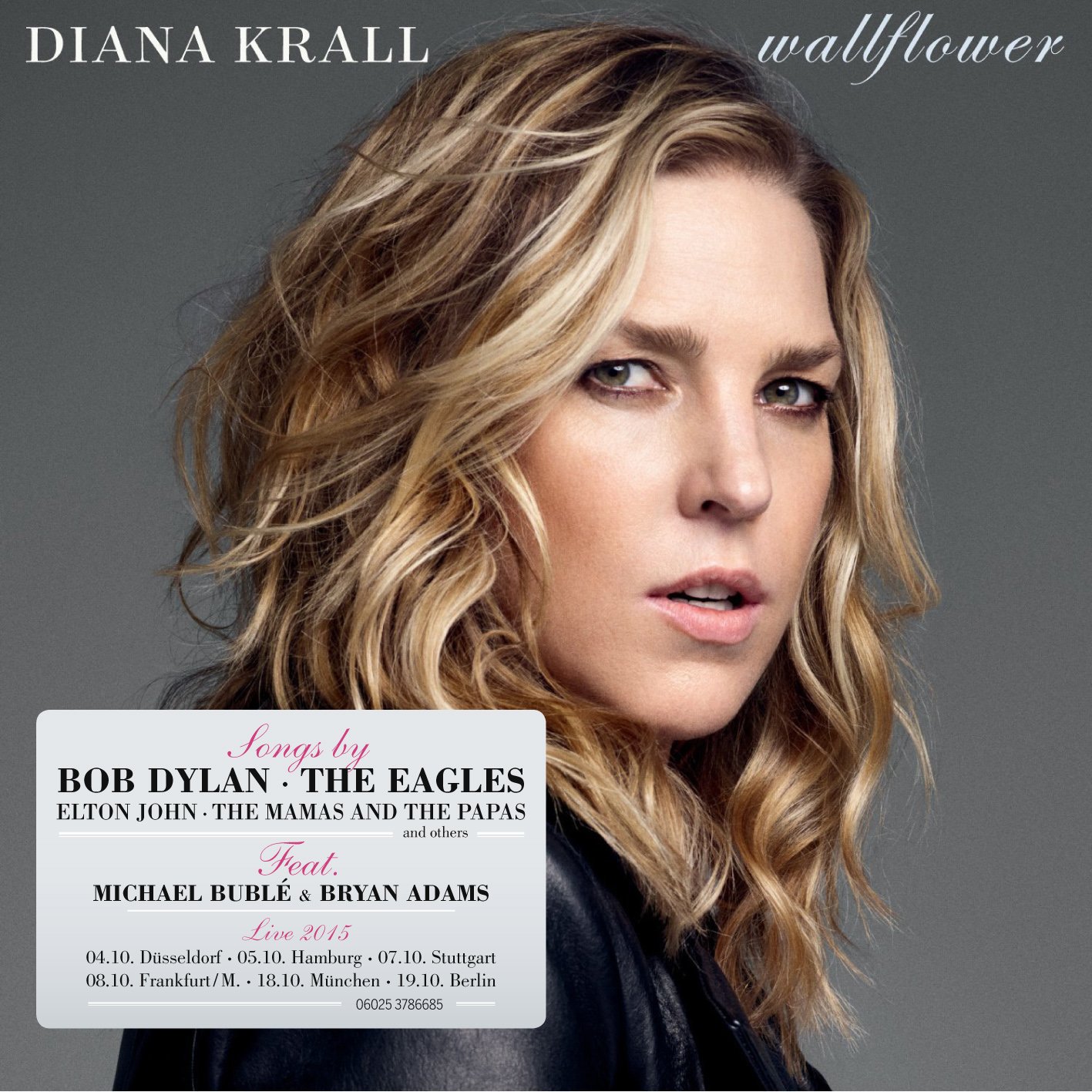 The new album “Wallflower” finds Diana Krall breaking new ground with her interpretations of some of the greatest pop songs of all time.  The album features popular songs from the 1960’s to present day that inspired Krall in her early years. She showcases her considerable gifts as a vocalist in a bold and beautiful way with her unique artistry transcending any single musical style. The album features well known hits including Elton John’s ‘Sorry Seems To Be The Hardest Word and guest vocals from Michael Buble and Bryan Adams.