Posted by Green on July 25, 2019
in blues, roots rock
as Delbert McClinton 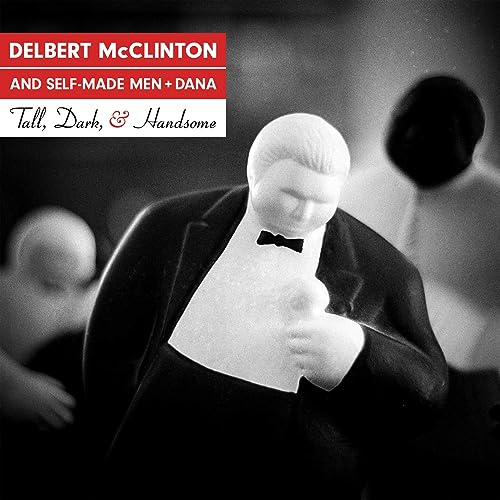 Delbert McClinton describes his latest album Tall, Dark & Handsome, out July 26th, as “kind of a salute to Texas blues, the music I grew up on.” With respect to the always-succinct McClinton, it’s much more than that. As with his 2017 effort Prick of the Litter, the singer/songwriter/harmonica wizard shifts deftly between styles, smoothly segueing from straight-up blues to swing, country and jazz with the confidence of a master. It’s not a stretch to say that McClinton, at age 78, is making the best music of his career.

McClinton can attribute his current level of productivity to a couple of factors, namely his record label, Hot Shot Records/Thirty Tigers, along with his working band of stellar musicians, the Self Made Men + Dana. “We have no restraints in making the music we want to make,” McClinton says. “I can pretty much do anything I want to. That’s a key factor in being creative. You get to be soaked in what you’re doing. Nothing is off limits for me, and that’s the best feeling in the world.”

Tall, Dark & Handsome again showcases McClinton’s band the Self Made Men + Dana, named for their six male musicians and the female sax player Dana Robbins. Like their frontman, the members are comfortable working in different modes. Robbins, for instance, wails on an extended sax solo on “Mr. Smith,” while a jazzy fiddle puts the swing in “No Chicken on the Bone,” infusing the tracks with juicy licks not especially prevalent in contemporary recordings. “Music now is just so boring to me,” McClinton says. “It’s so hard to find something new that I like. That’s why I love this band. We’ve had so much success in making music together.”

That’s particularly high praise from an artist who’s maintained a presence in recorded music more than 50 years. McClinton quickly etched his name in musical history for giving Beatle John Lennon a few pointers on the harmonica when he toured overseas with singer Bruce Channel in the early 1960s. Since then, McClinton has scored three Grammy awards, released a slew of albums and recorded with Bonnie Raitt, Tanya Tucker and others. He’s often referenced as a pioneer in the Americana roots movement and the resurgence of interest in Texas blues.

Whether you prefer to call it a second wind or a second act, this is prolific time for McClinton. He wrote or co-wrote all 14 selections on Tall, Dark & Handsome, ranging from the bluesy lead single “If I Hock My Guitar” to the jazzy “Lulu” and the leadoff track — the jaunty, big-band blues shuffle “Mr. Smith,” based on a real-life acquaintance. Amazingly, his familiar raspy voice has only grown more expressive and versatile with time.