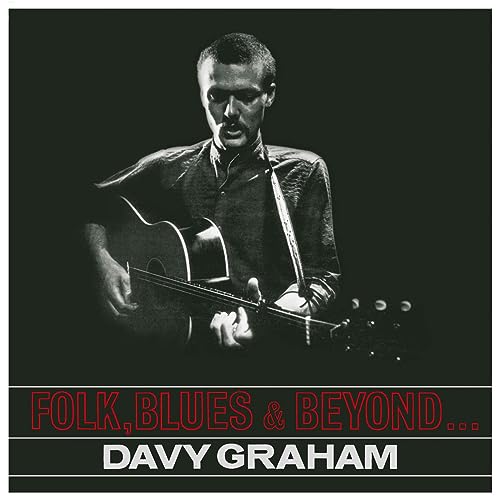 This was Graham’s most groundbreaking and consistent album. More than his solo debut The Guitar Player (which was pretty jazzy) or his previous collaboration with folk singer Shirley Collins, Folk Roots, New Routes, this established his mixture of folk, jazz, blues, and Middle Eastern music, the use of a bassist and drummer also hinting at (though not quite reaching) folk-rock. “Leavin’ Blues,” “Skillet (Good’n’Greasy),” and “Moanin'” are all among his very best folk-blues-rock performances, while on “Maajun” he goes full-bore into Middle Eastern music on one of his most haunting and memorable pieces. Covers of traditional folk standards like “Black Is the Colour of My True Love’s Hair” and “Seven Gypsies” combine with interpretations of compositions by Bob Dylan (“Don’t Think Twice, It’s Alright”), Willie Dixon (“My Babe”), Charles Mingus (“Better Git in Your Soul”), and Reverend Gary Davis (“Cocaine”) for an eclecticism of repertoire that wasn’t matched by many musicians of any sort in the mid-’60s. If there is one aspect of the recording to criticize, it is, as was usually the case with Graham, the thin, colorless vocals. The guitar playing is the main attraction, though; it’s so stellar that it makes the less impressive singing easy to overlook. Ten of the 16 songs were included on the compilation Folk Blues and All Points in Between, but Graham fans should get this anyway, as the level of material and musicianship is pretty high throughout most of the disc.