Posted by Green on December 5, 2019
in folk
as David Thomas Broughton 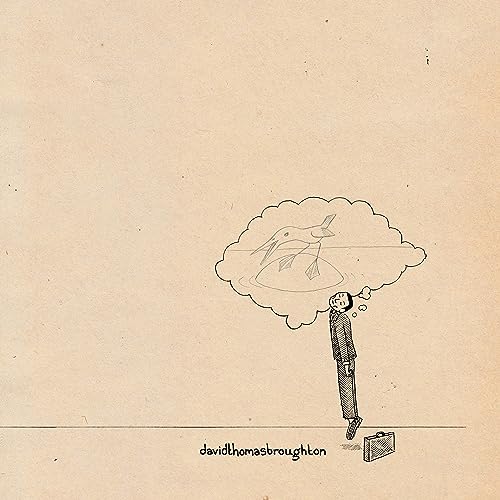 If you were the sort of person prone to listing the best albums of the decade, David Thomas Broughton’s 2016 triple LP Crippling Lack would be the kind of thing you’d have to include. Not at the top, mind you – it would only make him awkward. Maybe hovering unobtrusively around the sixteen or seventeen mark. With guest appearances from Aidan Moffat and Beth Orton, the album takes a gimlet to an England curtailed by austerity and self-loathing, its looped acoustic guitar, field recordings and weird operatic vocals by turns morose and hilarious.

Broughton’s live shows have an aura of performance art, each one unique, often recruiting confused-looking local musicians to improvise around him, as he twitches, compulsively hitching a trouser leg and blinking like he’s been plucked from the most deprived corner of his local library and thrust unexpectedly onstage. Everything becomes a musical instrument in his hands, even his feet. I’ve seen him play a dramatic solo on the polished floor of Cardiff’s Transport Club with nothing but a pair of squeaky pumps and a few snake-hipped dance moves. He’s a real original, one of the few artists you could mention in the same breath as Richard Dawson, and doesn’t get anything like the attention he deserves, something that may start to change with the remastered reissue of his 2005 debut recording The Complete Guide to Insufficiency.