Posted by Green on August 30, 2018
in country, folk
as Courtney Hartman & Taylor Ashton 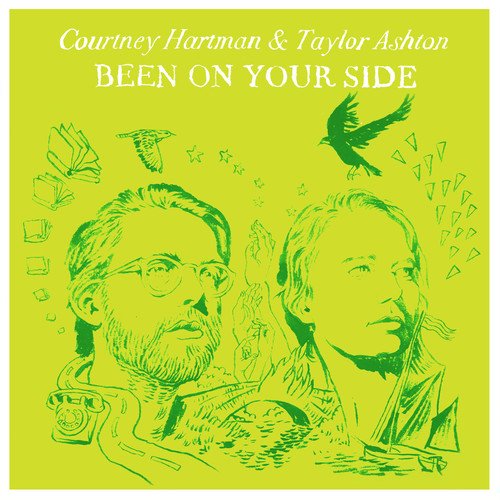 Courtney Hartman and Taylor Ashton embody this philosophical approach on their quietly stunning debut Been on Your Side. Fascinated by the life of songs – how they change and evolve as one’s life does – the duo has captured twelve tracks full of ephemeral charm. Courtney Hartman, known for her work with Della Mae, is one of the most compelling young guitarists today, possessing a virtuosity of sensitivity. Ashton has enraptured listeners with his Canadian roots group Fish & Bird, and his pulsing clawhammer banjo is an integral part of this new project. While recording Been on Your Side, the duo sang rich, entwining harmonies into old ribbon mics mere feet from each other-just as they wrote these songs. The result is an intimate dialog between two musicians who are committed to refreshingly honest music making, and who push one another to greater heights.