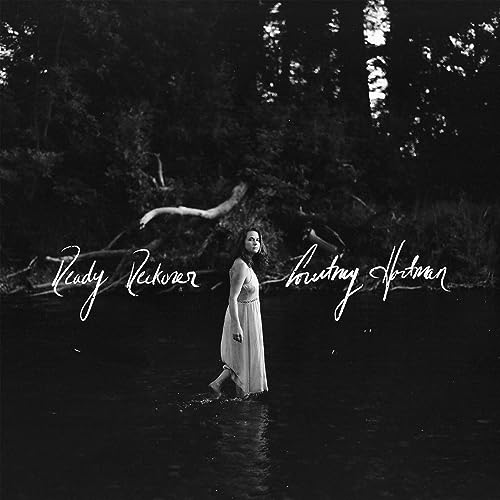 Born from purposeful self-examination, Courtney Hartman’s full-length solo debut album Ready Reckoner, out June 14th on Soundly Music, finds her taking the helm as producer transforming her most private ruminations into songs both bracingly intimate and magnificently vast. In that process, the Loveland, Colorado-based artist worked in collaboration with co-producer Shahzad Ismaily (a composer and multi-instrumentalist known for his work with Lou Reed and Tom Waits) and assembled a close-knit community of musicians, including a number of her friends as well as renowned guitarist Bill Frisell. Recorded mainly at Figure8 in Brooklyn, NY and mixed by Tucker Martine (Neko Case, My Morning Jacket), Ready Reckoner unfolds in extraordinarily detailed textures, a nuanced yet wholly unpredictable sound equally given to moments of hushed simplicity, improvisatory freedom, and flashes of symphonic splendor.

Ready Reckoner opens with the understated yet undeniable glory of “Hollow,” a track whose title traces back to Hartman’s recent fascination with the concept of resonance. “The definition is perfect: ‘a resounding from the sides of a hollow instrument of music; a sound returned,’” says Hartman, who wrote “Hollow” while walking the Camino de Santiago, a 500-mile pilgrimage route across Spain. “This whole record comes from a hollowing-out within myself—from being quiet and learning to listen again, allowing space for a resonance.”

With its endless shift between moments of exquisite stillness and delicate chaos, Ready Reckoner is a work of constant movement, its deliberate wandering a sonic parallel to Hartman’s 40 days on the trail. Carrying a Bourgeois guitar along with her pack and abstaining from music-listening for the extent of the voyage, Hartman walked from 6 a.m. to 5 p.m. each day, and soon began a routine of periodically stepping off the trail to write.

Although many of Ready Reckoner’s songs first emerged while walking, Hartman wrote much of the album in her former home of Brooklyn, sometimes in days-long solitude in her old apartment. Penned on New Year’s in 2017, the gently lilting and elegantly guitar-heavy “January First” sprang from one such session, with Hartman musing on the improbably weighted significance of the day. Another track from that same writing period, the brightly hypnotic “Belfry” was inspired by Hartman’s meditative trespassing onto her building’s rooftop, in addition to her reading of the prophet/poet Amos. “For me that song is an acknowledgment of feeling led to do or to be something, and then feeling the terror of walking toward that,” she notes.

Hartman’s finely-honed musicality has firm roots in her upbringing, which included taking up violin at three, learning to play guitar at 11, and writing her first song at 12. She spent much of her childhood immersed in the bluegrass world, a factor that eventually led to her seven-year stint in Grammy-nominated band Della Mae. During her time with the band, Hartman also released a collaboration album with Robert Ellis (2017’s Dear John) and another with Taylor Ashton (2018’s Been on Your Side).