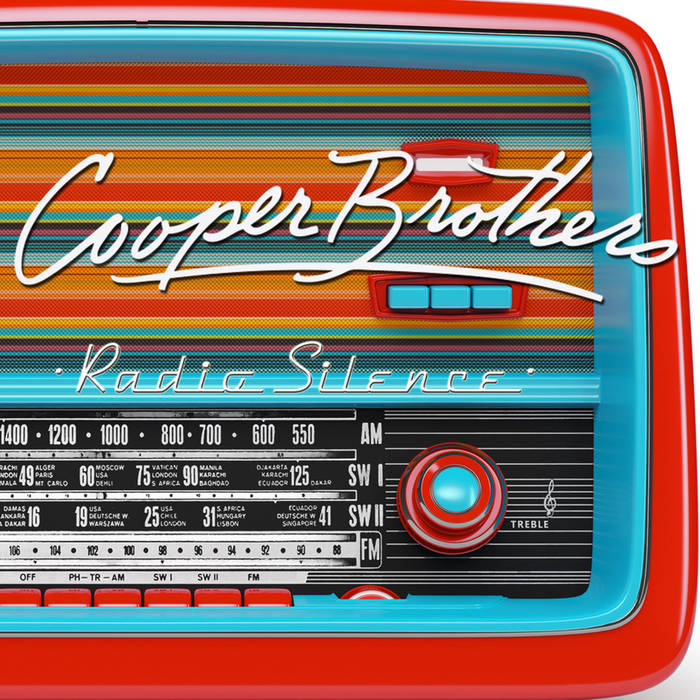 The Cooper Brothers, who after 44 years have maintained their own brand of thick sound, solid songwriting, and production expertise with their sixth studio release, Radio Silence. The album celebrated its official launch with a live show in 2017 and is now available on most streaming services. The title reflects on an era when the music industry was a different sort of animal than it is today.

Songwriter/guitarist, Dick Cooper talks to Apt613 about what has and hasn’t changed in the making of this album:

“The last two albums, my brother (Brian) and I had been out of it a long time, so we got other producers to come in. On In From The Cold, we had Colin Linden, and our last album, Southbound, we had Colin Cripps producing. Both of those guys were great, but this time, we felt confident enough to produce this album ourselves.

“We spent enough time in the studio that I think this one sounds a bit more like the old Cooper Brothers in some ways. But having said that, I have to say I learned so much from hanging around Linden and Cripps… watching them work really helped me and enabled me to see how recording has evolved. Basically when I was producing back then, everything was on tape, and now it’s all digital. On this album, everybody pitched in: Ed Bimm (keys) wrote all the horn charts and my brother put all the vocals together. It all really reflects what we’re about as a band.”

This album has something for everyone, showcasing their big instrumental style and signature multiple vocals in spectrums of country, southern rock, jazz, and latin flavours. The first single and title track injects you immediately with the smoky lead vocals of multi-instrumentalist Jeff Rogers in this very cool and catchy blues/jazz number.