Posted by Green on February 27, 2018
in latin, world
as Compay Segundo 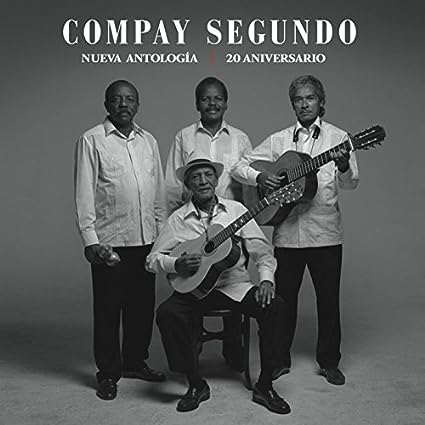 The most comprehensive collection of songs from one of the stars of Cuba’s legendary Buena Vista Social Club with previously unreleased material.

Two decades since the release of his Anthology, the star of the Buena Vista Social Club’s musical works have become famous the world over, undoubtedly contributing to the diffusion of Cuban son. In recent years, Warner Spain have received requests from both sides of the Atlantic for its re-release, which finally sees the light now.

This reissue comes with 4 unreleased songs from the same recording sessions, which today are a feast for the ears.