Posted by Green on September 3, 2021
in rock
as Clifford/Wright 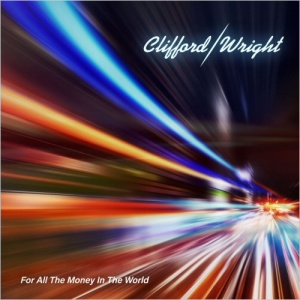 This is only the start of a much wider project, and it is going to be both vast and fruitful. The legendary Creedence Clearwater drummer Doug ‘Cosmo’ Clifford has never stopped creating music, even when that outfit came to a halt. In fact, his journey over the years as a producer and musician has led to some outright cracking releases, notably Groovers Paradise (personal favourite) by the late Doug Sahm. But now Cosmo is doing something special, opening his vaults and unleashing the music that lies there dormant. And yes, this is the right time in his career to do so. Already, audiences got a peek at some of these vault releases with last year’s acclaimed Magic Window, and as a next phase this album is due to hit the streets on August 27th.

Titled For All The Money In The World, this is a collaborative album with Steve Wright from the Greg Kihn Band. The much admired, and painfully missed bassist, found a chemistry with Cosmo, and both men sculpted some extraordinary songs together. However they are not alone, and are joined on the eleven tracks by the cream of talent. They include Tim Gorman (The Who) and Pat Mosca (Greg Kihn Band), with a string of spirited guitarists Greg Douglass (Steve Miller Band), Jimmy Lyon (Eddie Money) and Joe Satriani. Along with these is the gravel-soaked vocals of Keith England, at times a man who is underrated and he shines spectacularly here. The title, although a track on the album, I take as meaning – ‘for all the money in the world, you would not trade the experience’. To those who are not in the know, this album could come across as a ‘greatest hits’ set as every song cracks with it’s own identity.