Posted by Green on November 22, 2021
in folk
as Chrissie Hynde 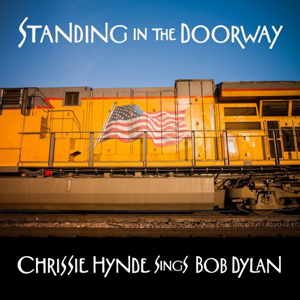 A new cover album by Chrissie Hynde, Standing in the Doorway, has been announced. The album, which was recorded during lockdown with Pretenders bandmate James Walbourne, covers some of Hynde’s favourite Dylan songs including ‘In the Summertime’, ‘Sweetheart Like You’, and the title track, ‘Standing in the Doorway.’ The album will be released along with a video which documents the making of the album and will feature performances of each of the nine songs.

It was a track that Dylan released last year that inspired Hynde to go ahead with the album. After an 8-year hiatus Dylan released the almost 17-minute epic, ‘Murder Most Foul’.

‘Listening to that song completely changed everything for me. I was lifted out of this morose mood that I’d been in.’ – Chrissie Hynde

After a text exchange between Chrissie Hynde and James Walbourne, it was decided that they would create the album together, working within the constraints of the pandemic by recording their parts separately.