Posted by Green on July 30, 2020
in country, folk
as Charley Crockett 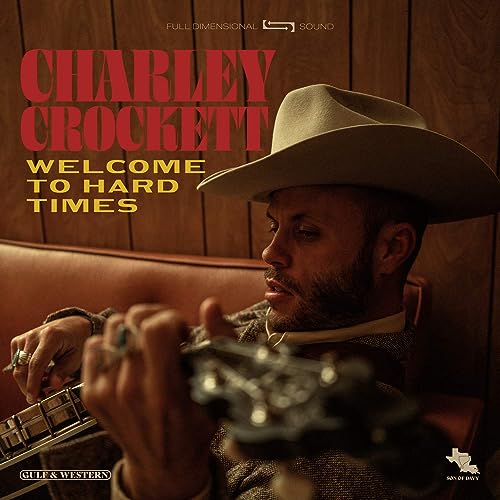 The new album from Charley Crockett is perhaps even more potent proof of his literal heartbreak than the scar on his chest. After undergoing open heart surgery that saved his life, Charley says he considered calming down for “just a minute” but once he recovered he did just the opposite. He states boldly with one eyebrow raised, “I wanted to make an album that would change the entire conversation about country music.”That album is Welcome to Hard Times, an aptly-named collection that perfectly fits these troubled days even though it was made just before the pandemic hit. The music was shaped by his heart issues and producer Mark Neill’s desire to make “a dark gothic country record.” Charley certainly knew how todeliver that. “I think you can hear that deep, dark sadness in this record,” he says, “but I think it’s the kind of darkness that will uplift others.”