Posted by Green on September 10, 2019
in country, roots rock
as Chad Roland 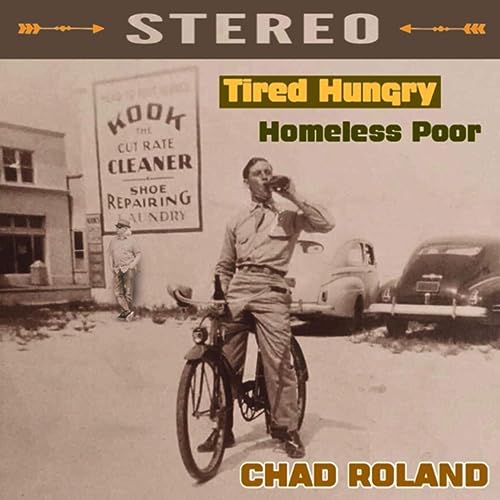 Tired Hungry Homeless Poor is Chad’s first album as a recording artist. Growing up in a loving church environment, Chad found his relationship with Christ at a very young age. It has been the most important transformation of his life. His faith has permeated not only his music, but also the way he approaches all things. Along with Grammy Award Winning Producer Chris Lathem, they have crafted an expressive blend of Country, Singer/Songwriter and Gospel Blues that is sure to stir the soul. The album features the talents of Jason Roller, Scotty Sanders, Steve Peffer, Duncan Mullins, Garth Justice, Bryan White (90’s Country Music Chart Topper), Lauren Mascitti (a very talented, up and coming artist in her own right), Effron White (a gifted Singer/Songwriter out of Nashville) and Grammy and Dove Award winner, Phil Keaggy. Chad has been nominated for a 2019 Dove Award for Producer in Country Gospel for the single “Here To Eternity” by Mansion Records Recording Artist, Cindy Hughlett, featuring Marty Raybon of the chart topping group Shenandoah. Chad is an accomplished Songwriter who has worked with Melody Roundup Music on Nashville’s famous “Music Row” alongside successful Songwriters and Artists of all genres. His biggest musical passion is discovering new up and coming artists and helping them achieve their goals on a larger platform. His most recent project was producing independent artist Taylor Dee “The Buzz”, which is grabbing the attention of Nashville’s elite. If you have not heard this album, go check it out now and catch “The Buzz” for yourself.