Posted by Green on February 15, 2020
in americana, rock
as Cave Flowers 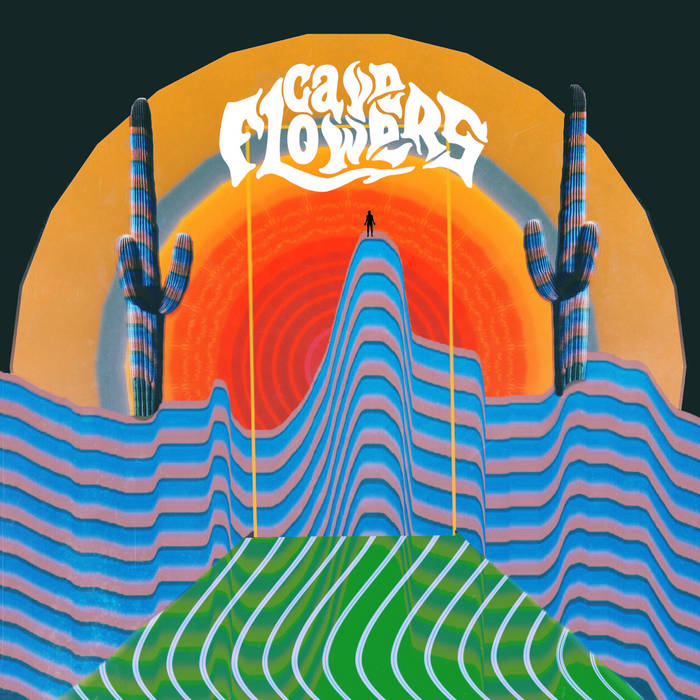 Opening your first album, first track with the classic one beat drum thump straight into a fast guitar lick may be generic, but it’s a surefire announcement of arrival and intent, and done as well as this lets you immediately know what’s coming. Which is essentially a melange of every US band that has ever felt a little bit country, but really wanted to stay rock’n’roll. Cave Flowers realise that re-inventing the wheel is futile, but really make it revolve gloriously in an album that is simultaneously fresh and familiar, and so enjoyable.

That it was recorded in just two days is remarkable, but explains the semi-live feel. It might be a debut album, but the band are time served. A great black and white band photo of them sitting outside, their long hair back lit, with all four in their mid-thirties(?) in double denim, perfectly reflects the sound, and could have been taken anytime in the last fifty years, a time warp that’s just right for now. Songwriter and gravel voiced falsetto singer Andy McAllister cites a Band Of Horses/ My Morning Jacket vibe, but opening track ‘Best Lonesome Friend’ is more Rolling Stones with its freewheeling groove and lazy backing vocals, just better than anything they’ve delivered in four decades.