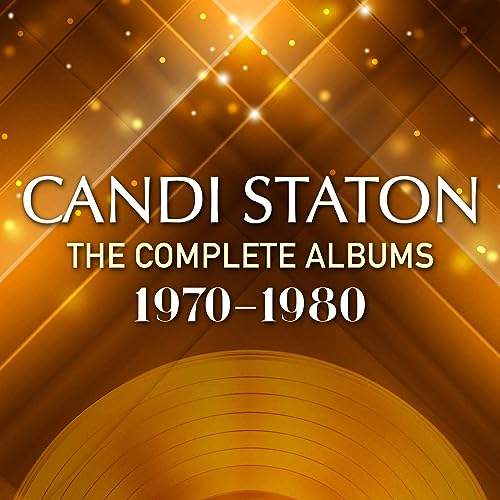 Born March 13, 1940, in Hanceville, AL, Candi Stanton sang with the Jewell Gospel Trio as a teenager. They toured the traditional gospel circuit in the 1950s with the Soul Stirrers, C.L. Franklin, and Mahalia Jackson. They recorded several sides for Nashboro, Apollo, and Savoy Records between 1953 and 1963. In 1968 Staton launched solo career as a Southern soul stylist, garnering 16 R&B hits for Rick Hall’s legendary Fame Studios and gaining the title of First Lady of Southern Soul for her Grammy-nominated R&B renditions of the country tunes “Stand by Your Man” and “In the Ghetto.” In 1975 Staton saw Southern soul falling out of fashion and began collaborating with producer Dave Crawford, who propelled her into a disco diva with dance songs such as “Young Hearts Run Free” and “Victim.” In 1982 Staton had been disgruntled with Warner Brothers’ passing interest in her career and a career slump, so she returned to the gospel field. She and her husband, John Sussewell (drummer for Ashford & Simpson), founded Beracah Ministries in Atlanta with help from Jim and Tammy Bakker’s PTL Ministries. She has since recorded eight popular gospel albums, two of which have won Grammy nominations. In 1992 she was back in the pop mainstream with a Top Ten British hit, “You Got the Love,” a club-styled dance hit that sold two million copies. Since joining Intersound Records in 1995, Staton has begun to sing some of her old R&B hits again and recorded some new message-oriented pop songs while gaining a new title, the Sweetheart of Soul. In 2000, she released her 11th album, Here’s a Blessing. Following the release of a well-received compilation of her Fame-era material (2004’s Candi Staton), Staton returned to secular music in the form of 2006’s His Hands.