Posted by Green on January 13, 2020
in americana
as Buddy Miller 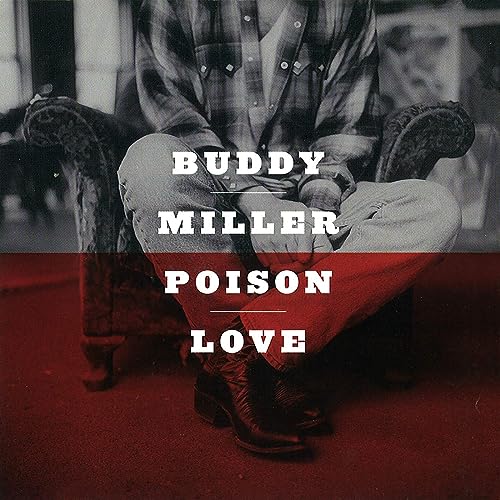 Poison Love picks up where Buddy Miller’s debut, Your Love and Other Lies, ended, offering a set of exhilarating traditional country laced with blues and soul. Half of the album was recorded with Emmylou Harris’ backing band (Miller is its lead guitarist), including Harris on backing vocals, but those aren’t the only tracks that kick. The entire album, from his sturdy originals to smart covers, demonstrates that he has superb taste and a flair for down-home, gritty performances. And although Miller is a terrific guitarist, he knows enough to keep his solos concise, serving the purpose of the song; that, in the end, is what makes Poison Love so good it’s an album of great songs, delivered without pretension and with a whole lot of heart.