Posted by Thomas on July 10, 2021
in folk, indie - folk, singer-songwriter
as Bryan Away 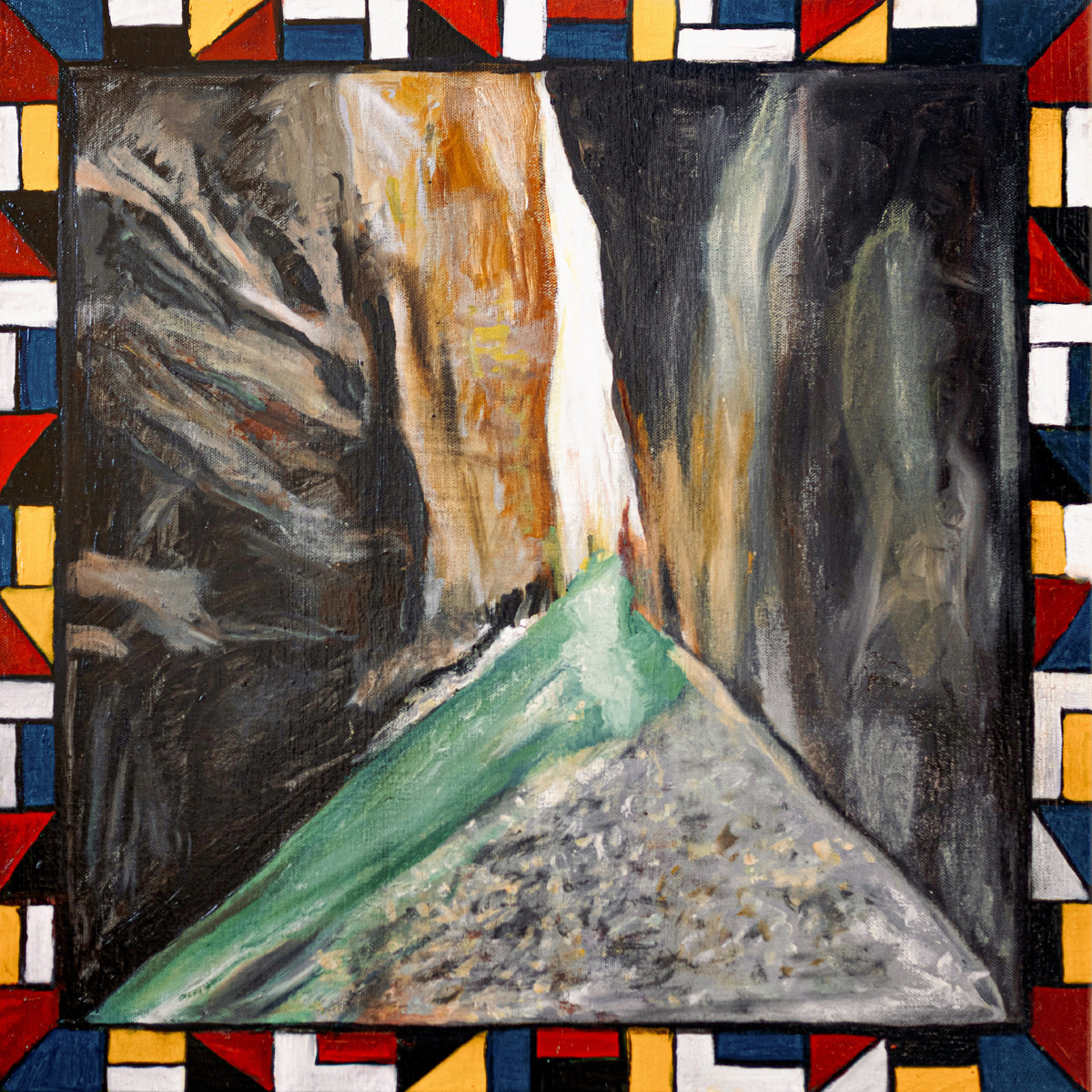 Bryan Away (aka Elliot Korte) spent way too much time trying to deny that he was a musician, but Canyons to Sawdust proves otherwise. From playing Ted Danson’s son in the TV show “Damages,” to his indie film roles, Korte seemed to be in denial. Studying computer science in college, it wasn’t until 2019 when he recorded the sombre, haunting Give In that he realized music was what he had to do. There’s a difference between wanting to and having to, that difference helps to illustrate why Canyons to Sawdust exists in the space that it does.

Of course, there are also familial influences that come into play. Korte’s mother toured with Ruben Blades and Willie Colon. His dad is a classical guitarist who’s also engineered for Paul Simon. Then Karl Korte, his grandfather, is a composer of contemporary classical music. A background like that can be a heavy burden to carry around, yet Canyons to Sawdust proves that it doesn’t matter what name he records under. This is music that simply had to come out.

The string and wordless vocal orchestration of “Well Alright Then,” and its solo piano companion piece “Within Reach” both establish that this is not your average disc. Influences range from Sufjan Stevens and Brian Wilson to Fleet Foxes and Craig Armstrong. The first track with lyrics “The Lake,” builds on an array of pianos before strings enter to push the song further into territory where waves crash against the shore as Korte sings, “I still don’t know what’s right for me / Despite how I have aged.”

The joy of the guitar that plays on the early lines of “Scenes from a Marriage” as Korte sings “I’m getting off work early/ I’m getting off work early” completely changes tone as he begins to relate how the vision of marriage and the reality of it doesn’t always match, “You been a good wife all these years/ Not what you want to hear/ But I haven’t been faithful/ And I like it.” That push and pull of a marriage on the brink plays off strings, while drum pulses count time like a lover trying to figure out how much he can take. The song is mesmerizing in its complexity.

Waves of guitar open “Dreams and Circumstance” as Half Waif’s Nandi Rose Plunkett begins this tale where nothing seems to have gone according to plan. By the time Korte sings, “I cling to my mistakes/ Then I wonder why nothing’s changed” the images of a man frozen in place come completely into focus. This is only reinforced on the next track as we hear of a man who has been condemned to live in “My Cave” because of his unwillingness to change.

The album concludes with the wordless vocals of “Rivers to Canyons, Saws to Sawdust” where we receive the musical equivalent of nature taking its course, before the final track, “Special” which seems to hold out some hope even as the final line offers little admitting, “We were not that special.”

Situations may be dire, and faith may sometimes be in short supply, yet Canyons to Sawdust by Bryan Away announces the arrival of a man whose talent cannot be ignored. He has found ways to create mini-masterpieces that, taken as a whole, become a truly cathartic experience.